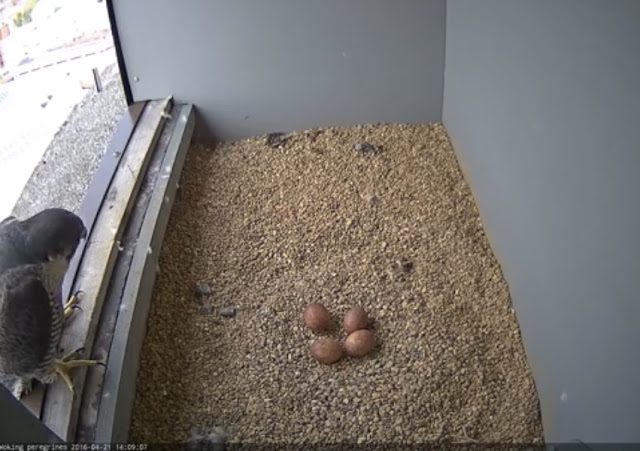 In  2001 Peregrine Falcons were first spotted on Export House (B.A.T.) in Woking and since then have been recorded off and on ever since. In 2005 and 2006 there were failed breeding attempts with eggs being washed out by rain as the nest site was too exposed. Nick Dixon, an urban Peregrine expert was consulted and with his advise and guidance, financial support from a variety of sources (see Woking Peregrine Project for full details) including Surrey Bird Club and a devoted people - John Banister and James Sellen a nest box was constructed. This state of the art nest box, including camera with live feed, was positioned on the northeast corner in January 2016. The resident pair of Peregrine took to it immediately and four eggs were laid at the end of March. 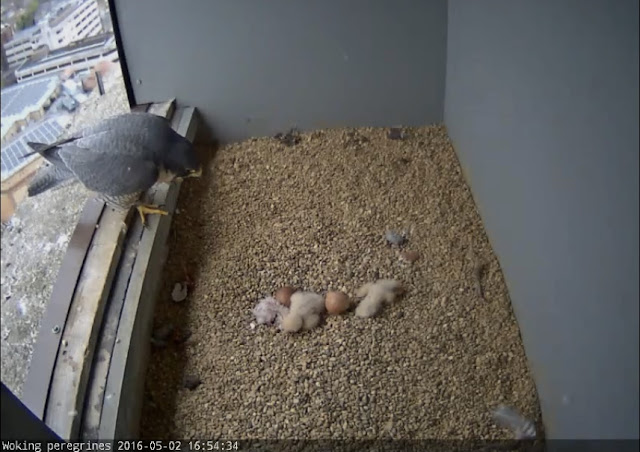 On the 1st of May 2016 the first chick hatched followed by two more in the following days. One chick unfortunately died and was eaten by the adult and one egg didn't hatch. However, this pair are first time breeders and have successfully hatched the first Peregrine Falcons ever in Woking! 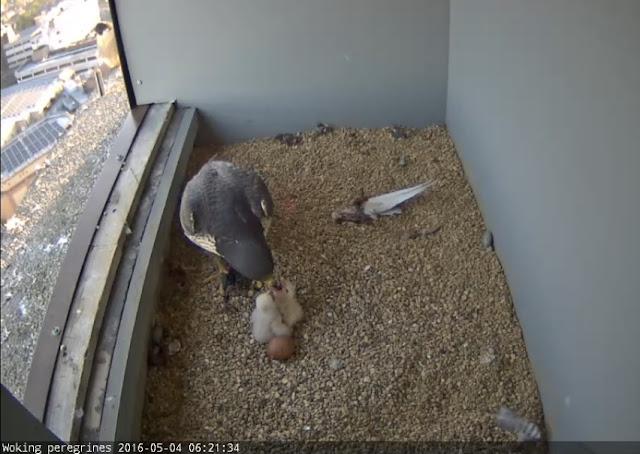 Both adults seem to be doing a good job and hopefully the remaining 2 chicks will fledge around the 10th June 2016.

On the 4th May 2016 I attended the Guildford Environmental Forums AGM where Nick Dixon gave a presentation on the history of the Peregrine Falcon. His talk was absolutely fascinating giving a detailed account of the history of this species including the battles against egg collectors, persecution, secondary poisoning and the eventual and successful recolonisation of traditional sites. Since the late 80's Peregrines began to move into urban areas, taking advantage of high buildings, cathedrals, chimneys stacks, pylons which all afford them safe breeding free from predation with an abundant food supply - pigeons!


Export House, often referred to as 'the old BAT building' is the tallest building in Woking. It was completed in 1974 and is 240 ft high. 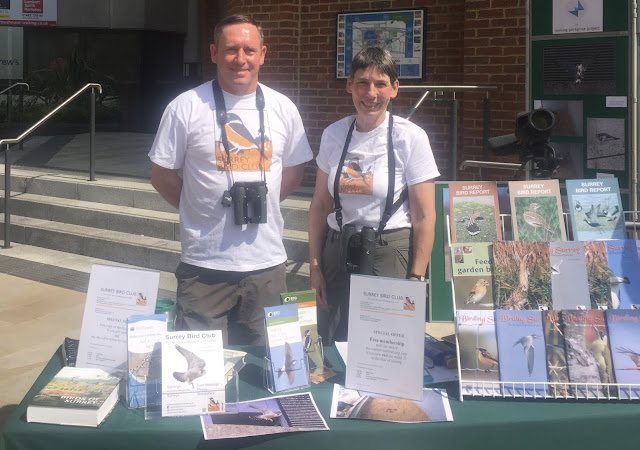 On 7th May 2016 I joined Penny Williams of the BTO and Surrey Bird Club in Woking to inform the public about the breeding Peregrines. We had a fantastic response and all the people we spoke to were all very enthusiastic and positive about the news. Penny and I took the morning shift and James Sellen and Matt Phelps took the afternoon. This was the first of a few community outreach events informing local people about the Peregrines. 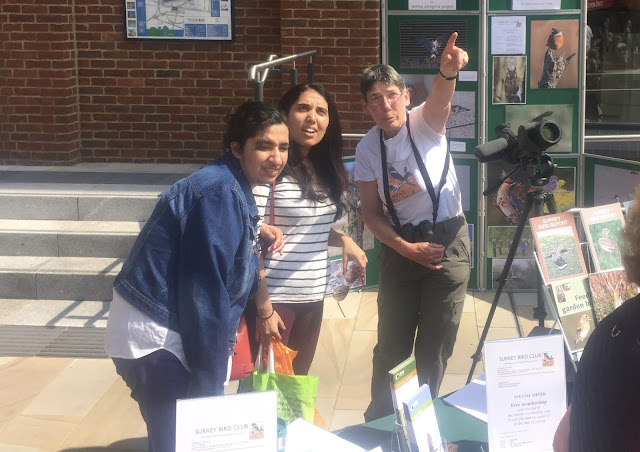 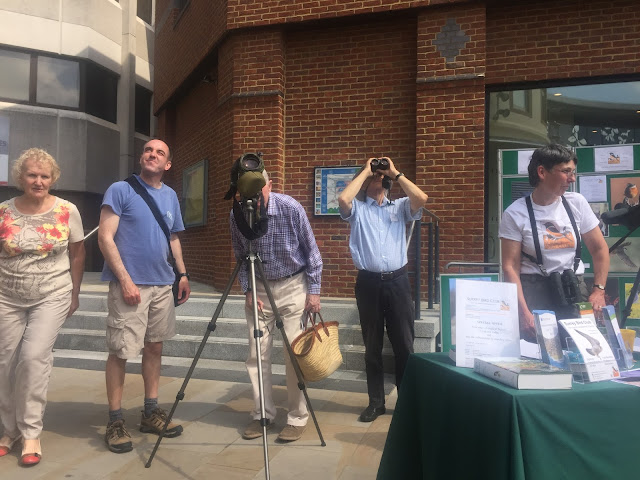 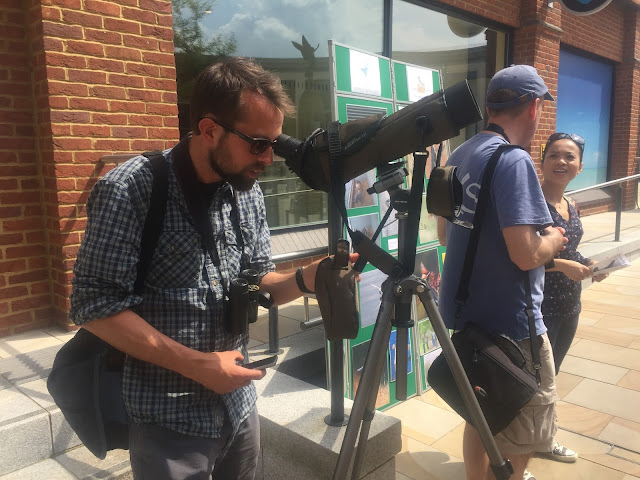 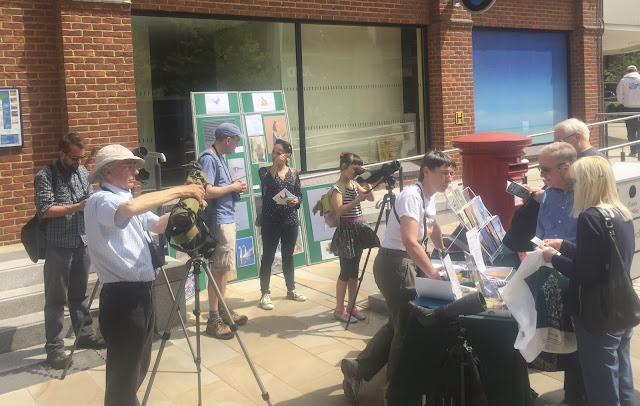 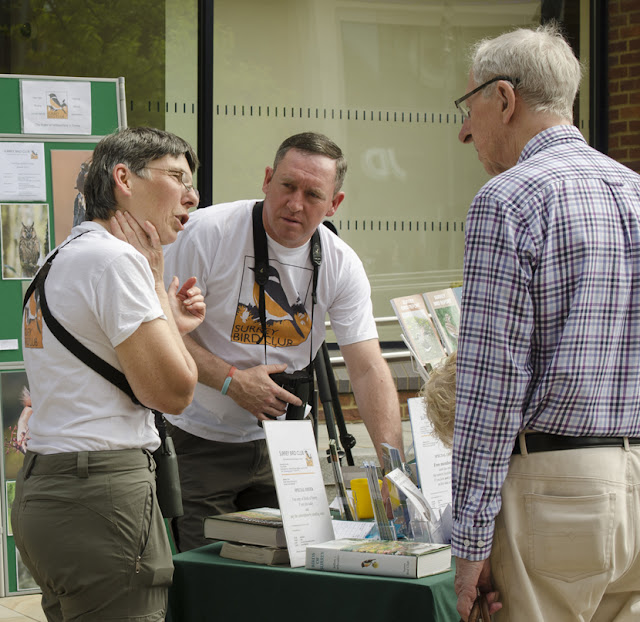 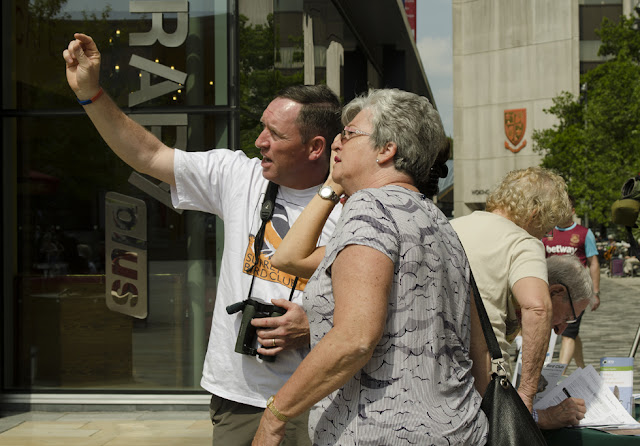