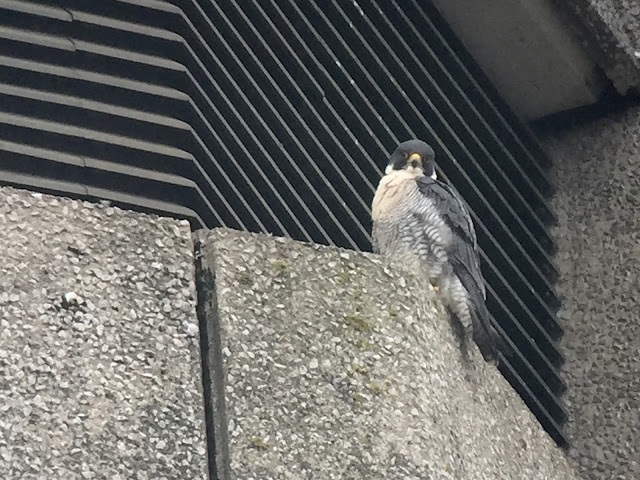 This morning I headed into Woking to see if the Peregrine Falcon's were around. These avian celebrities have been here for a few years now and it's looking promising that they will breed this year. Copulation has been recorded and they have been investigating their new nest box (complete with video camera). 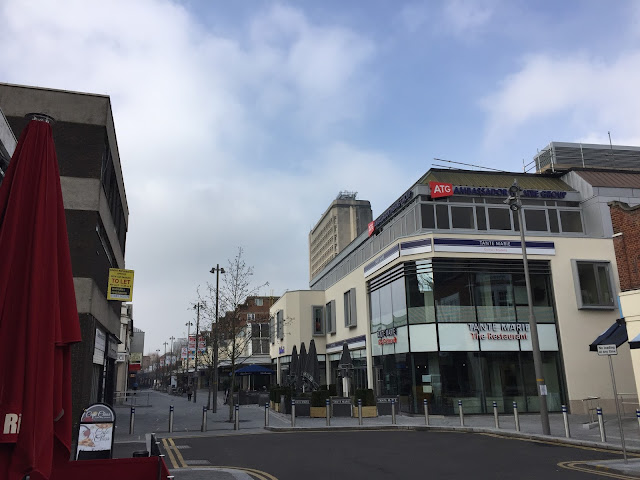 I arrived on site at 07:40 am and both adults were present. The female sitting close to the new nest box, the male on the same ledge but on the far side of the building. My vigil lasted until 10:00 am and though neither had moved from their spot before I left, both birds were seen to be preening and the male vocalised twice while. Though most people are aware and used to these  fantastic birds  being around, I am still completely amzed that we have them here. I was born and raised just outside this town and never in my wildest dreams did I think Peregrine Falcons and Red Kites would be make up the local avifauna! Brilliant! 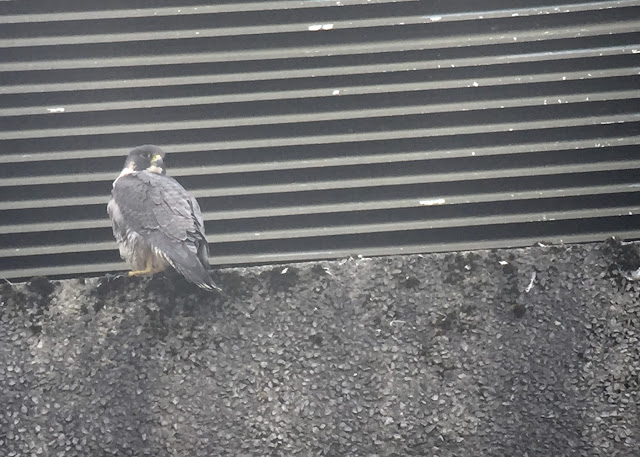 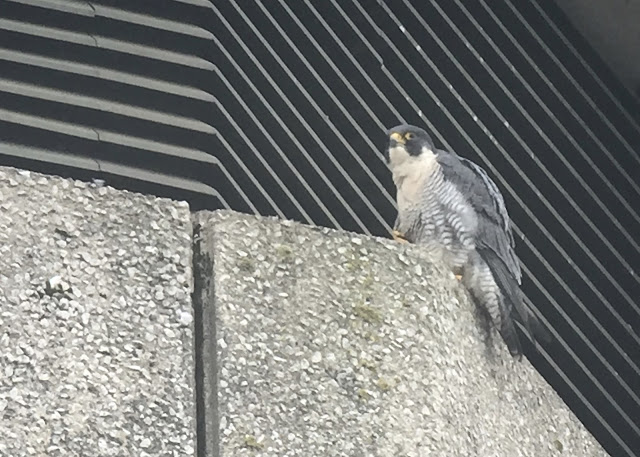