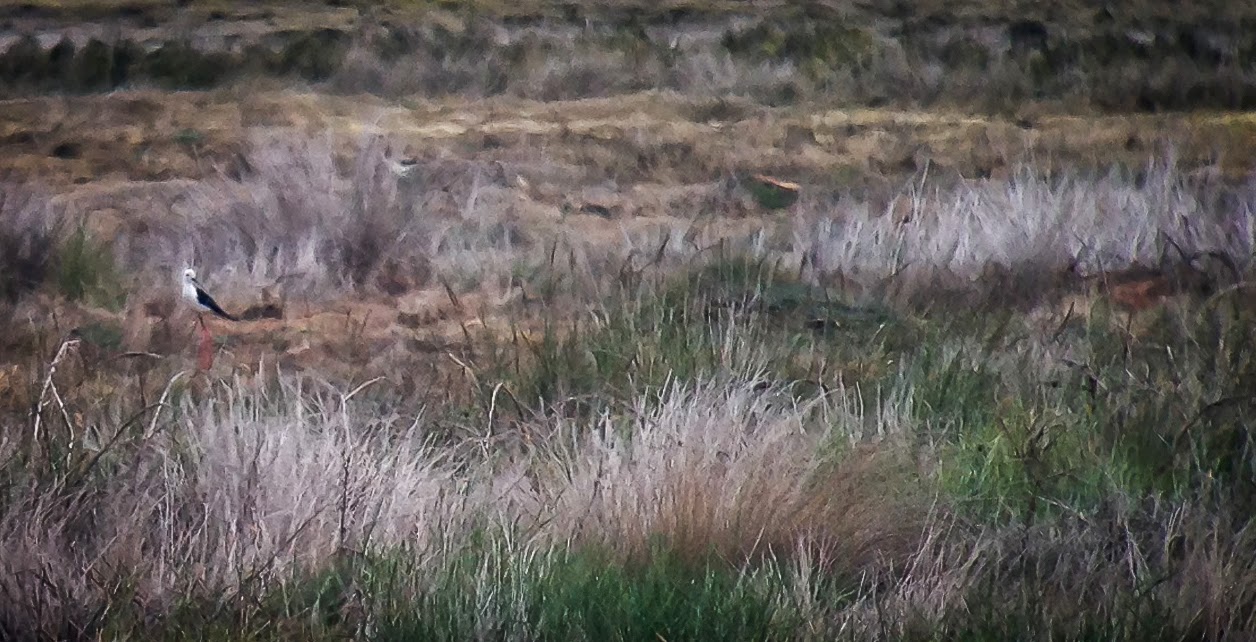 It has been 27 years since Black-winged Stilts have successfully bred in the UK - Norfolk 1987. The only other record is Nottinghamshire in 1945. This year there have been two nests; one at Cliffe Pools in Kent and the other at Medmerry RSPB Reserve in West Sussex. Click for more information

My first visit to Medmerry (20th June2014) was unsuccessful in that I didn't see the stilts. The news was that the parents had walked the young off the nesting site a few hours before I got there. I spent two hours looking but ended up throwing in the towel as the birds were obviously hunkered down.

Today, however, I was successful and patience paid off as though the birds were distant, I did get some reasonable scope views. Initially I could only see one skulking adult but eventually the whole family group (2 adults and 3 young). On three occasions all flying around the reserve together.