Getting away from the hustle and bustle of everyday life for some might mean a 5 star hotel with Spa or a Mediterranean villa or even a quintessential Inn in a rural village..for us, it was one of the most remote hostels in Wales! This 17th century farmhouse called Dolgoch is owned by the Elenydd Wilderness Trust and is located in Tywi Valley within the Cambrian Mountains. Its solitary and peaceful situation create an atmosphere that transcends time and transports weary hostelers to a simpler place. The building itself is steeped in farming history and many of the original features are still present. However, if its mod cons, comfort and convenience you require; you will be in for a shock. 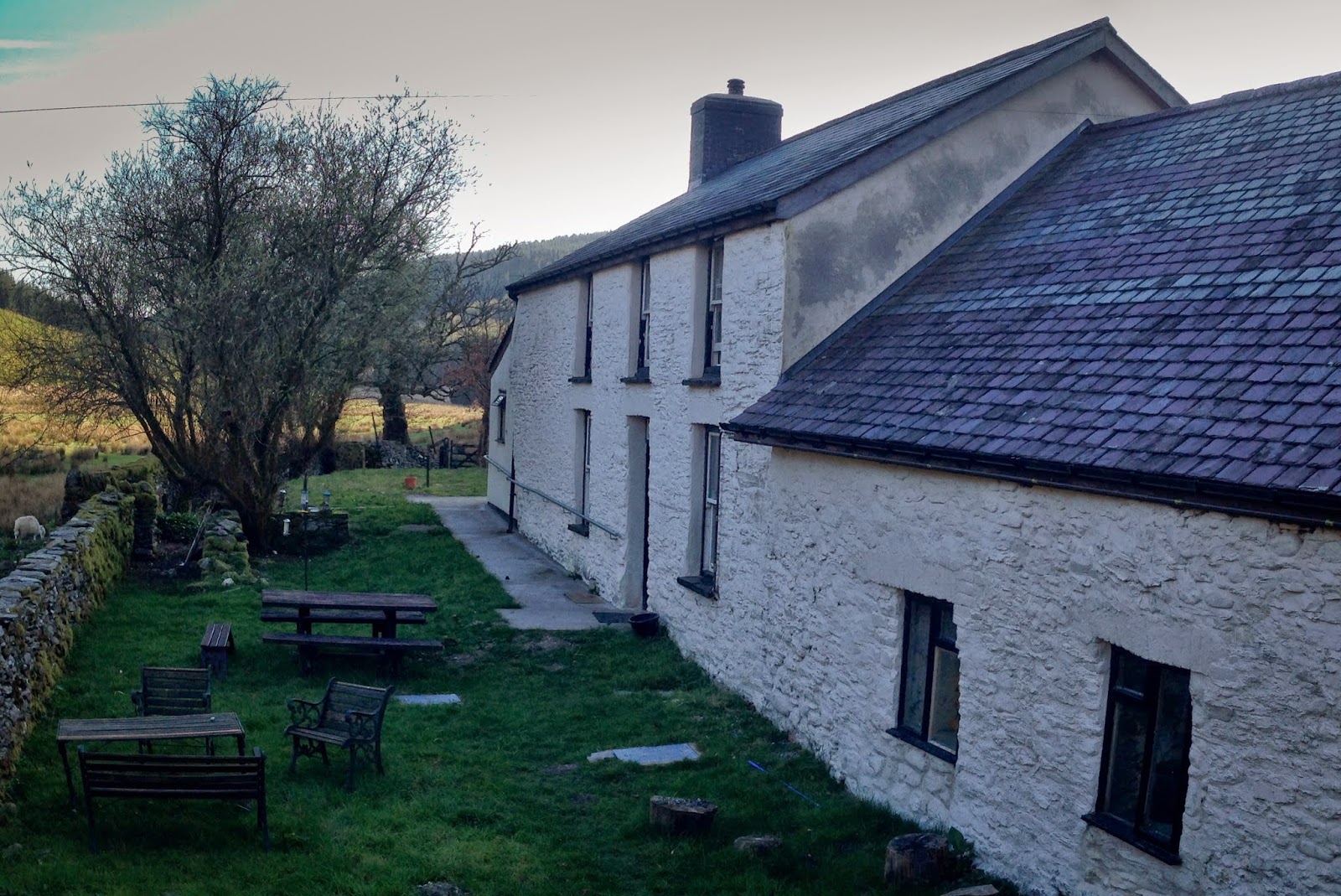 The basics: There are 3 bedrooms; housing 21 guests, an open planned kitchen / lounge, 2 toilets and 2 shower cubicles. There is no electricity what so ever. So no, you can't plug in your computer, charge your phone or plug in a hair dryer. Lights in the downstairs common area, toilets and landing are solar operated and are put on sparingly. There is no fridge or freezer so think carefully what foods you bring. Heat is produced by a log fire which is lit in the evening. The showers during our stay are operated by boiling your own water, placing it in a bucket and immersing a small pump which subsequently pumps water to a shower head - basic but functional. The stove in the kitchen is gas operated + there are 2 other double burners which allow opportunity for multi-boiling when the hostel is at capacity. It is also recommended that water is boiled before drinking. 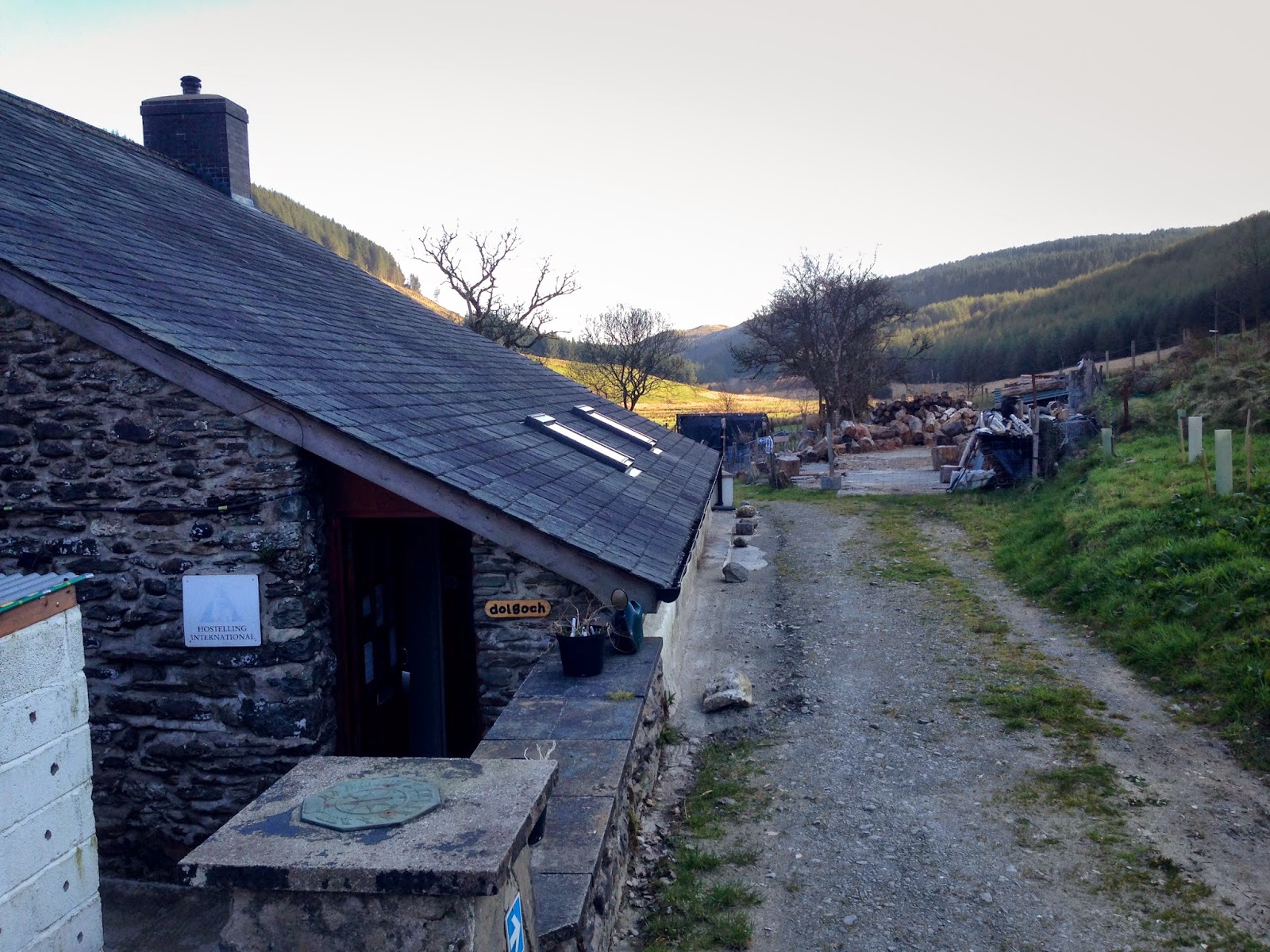 Voluntary wardens rotate on a weekly basis and are present at Dolgoch in there own quarters within the farmhouse. There is a variety of information available at the hostel but I would advice to do your homework first and definitely bring a map - OS Explorer 187. The nearest town is 9 miles away in Tregaron where there is a petrol station, grocery store, pubs, cafe and other amenities. 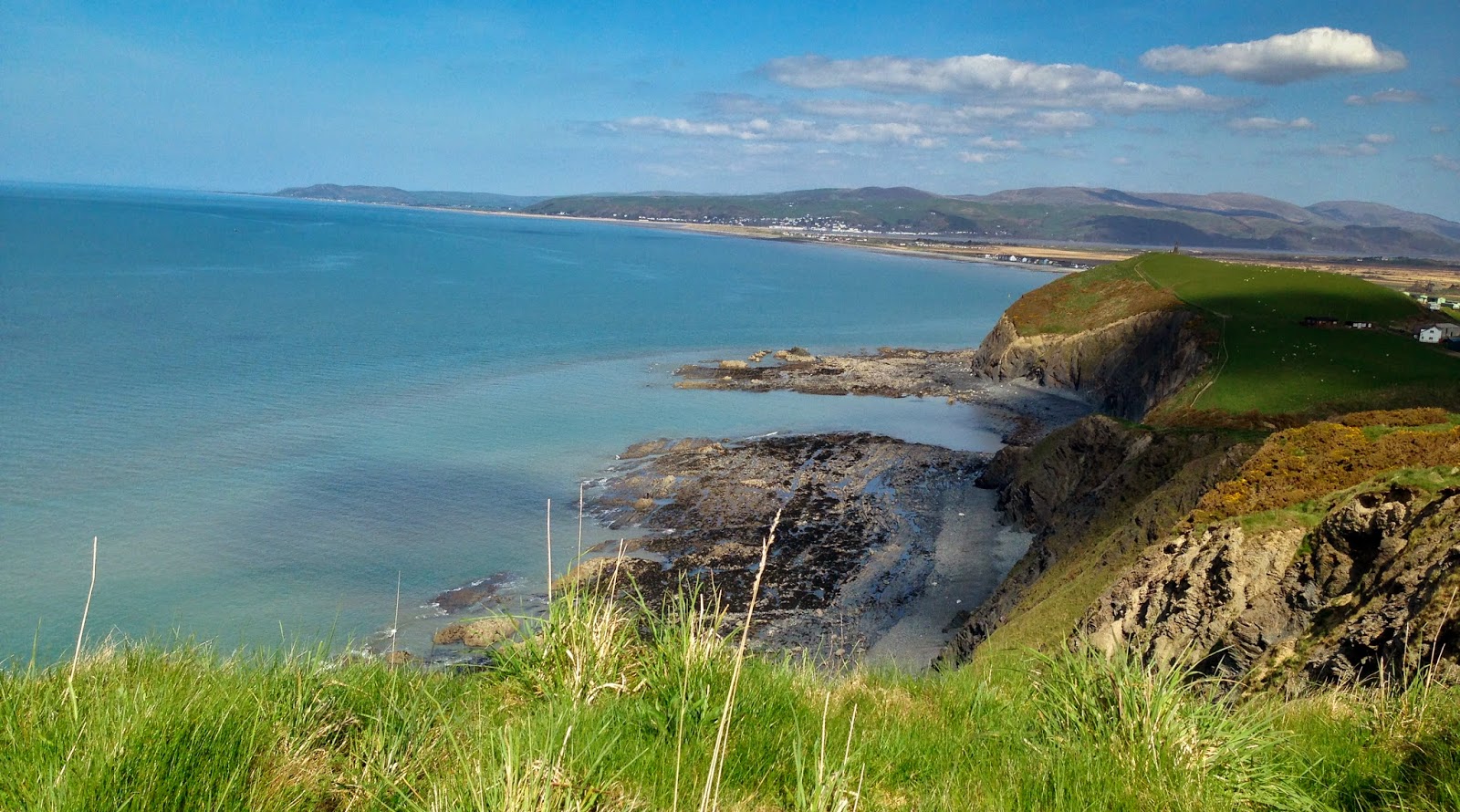 Our 4 day trip started with a 5:30 am departure from Woking in Surrey, putting us in Aberystwyth on the west coast of Wales at about 10:30am. (En-route we pulled over at a rest-stop, a part of the Wye Valley Walk; where we got Willow Tit!) After a quick pit-stop in the town we headed up the coast to Borth where we started our coastal walk. The weather and scenery were perfect. Linnet, Rock Pipit and Goldfinch kept us company along the path while recently arrived Swallows cruised over the fields. Above us both Common Buzzard and Red Kite enjoyed the thermals and at the shoreline Oystercatcher made their presence known with their continual peeping contact calls. 17 species in total and a refreshing and panoramic start to our holiday. 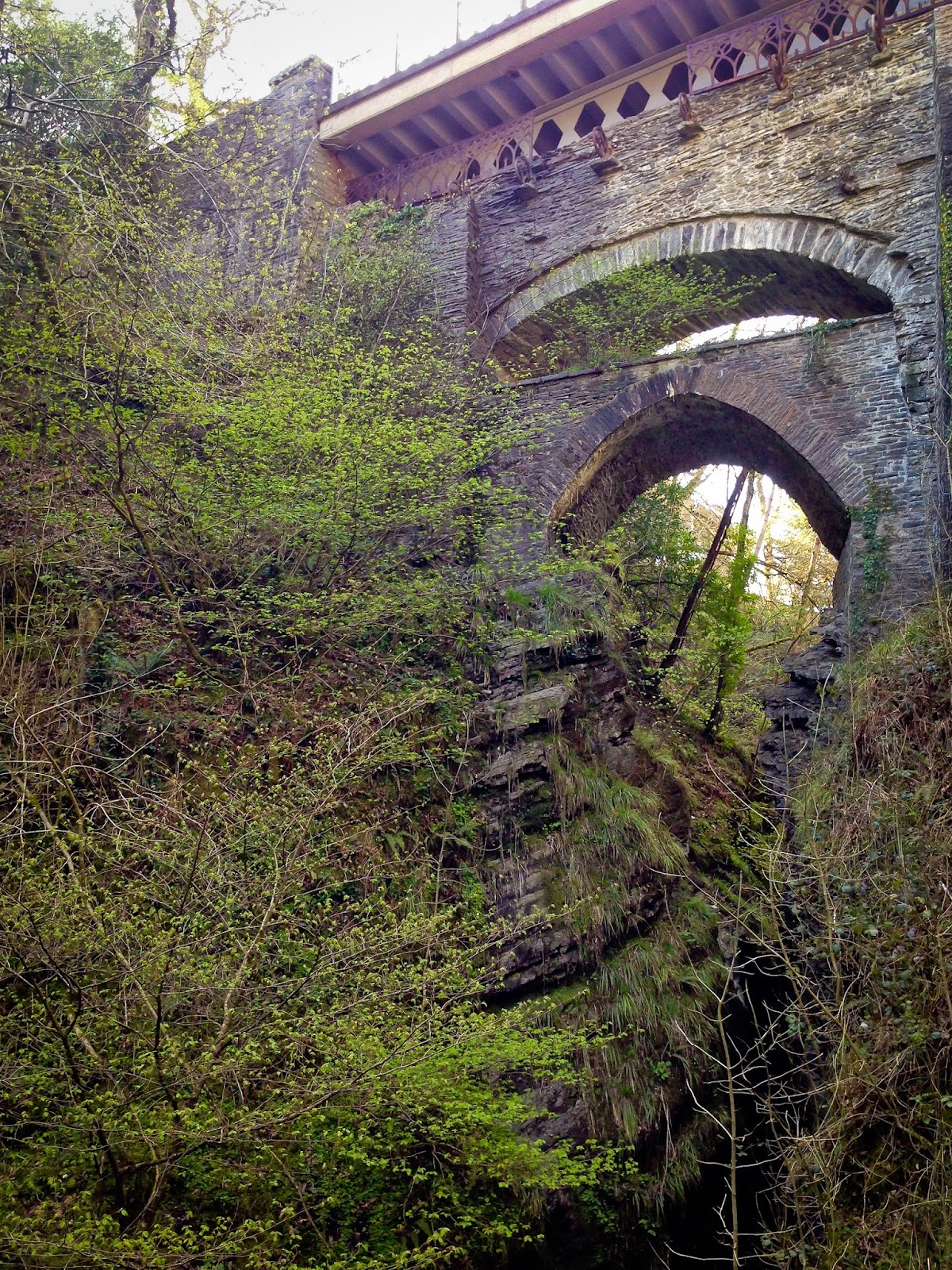 On our way to the Dolgoch hostel (1 hour drive from Aberystwyth) we stopped in at Devil's Bridge for a little tourist ogling of the Three Bridges and waterfall in the Reidol Gorge. This world famous site even gets a mention in the words of William Wordsworth. After a refreshing drink at the Hafod Hotel we continued southeast via the town of Tregaron. This quaint Welsh town sits on the River Teifi (Afon Teifi) and is the last stop for supplies before the hostel. A forty minute drive through some amazing landscape put us at the hostel. 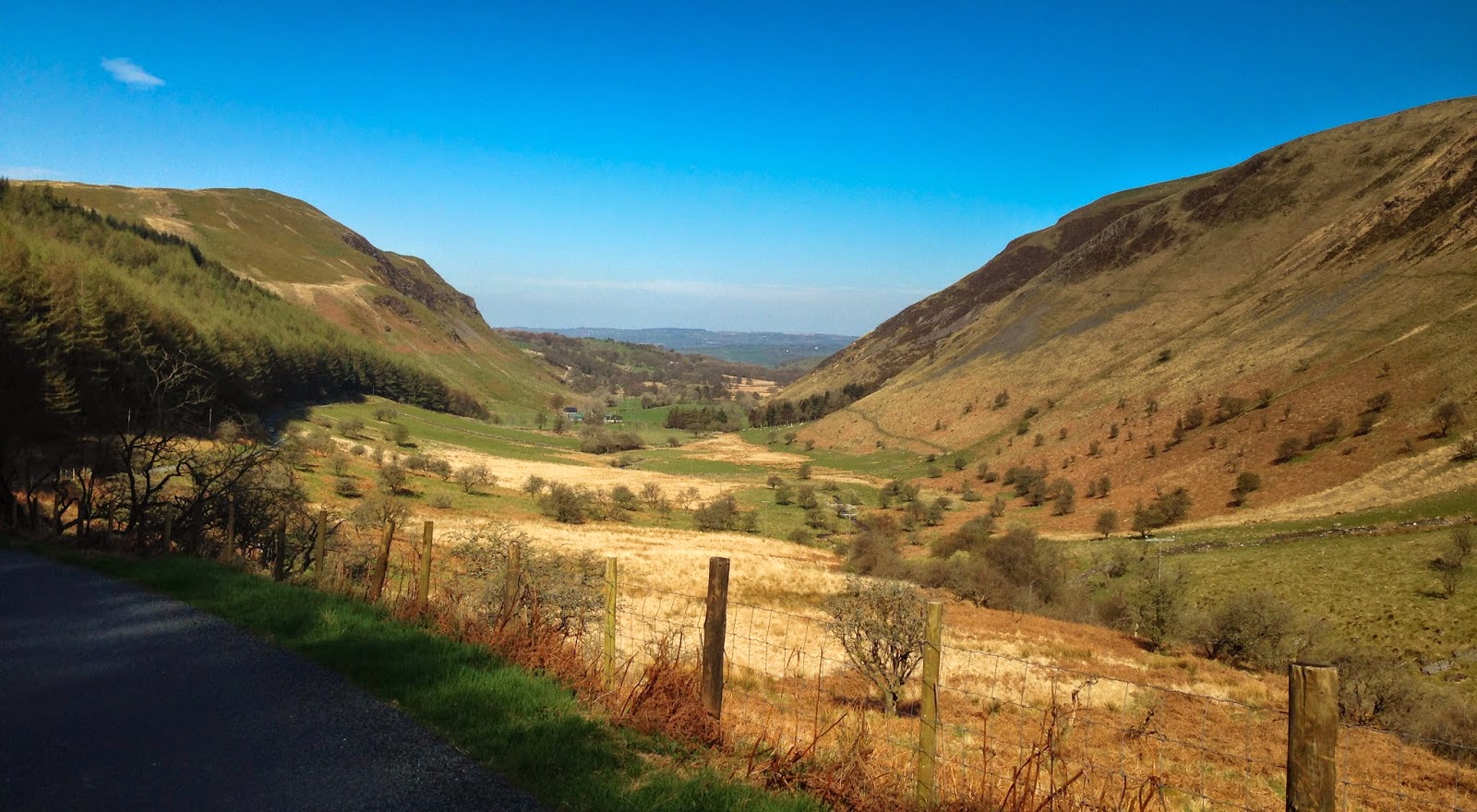 Though I had done my homework I didn't 'really' understand the beauty of this place. Now I did. Breathtaking landscape, a farmhouse that oozed character and a bird feeder! 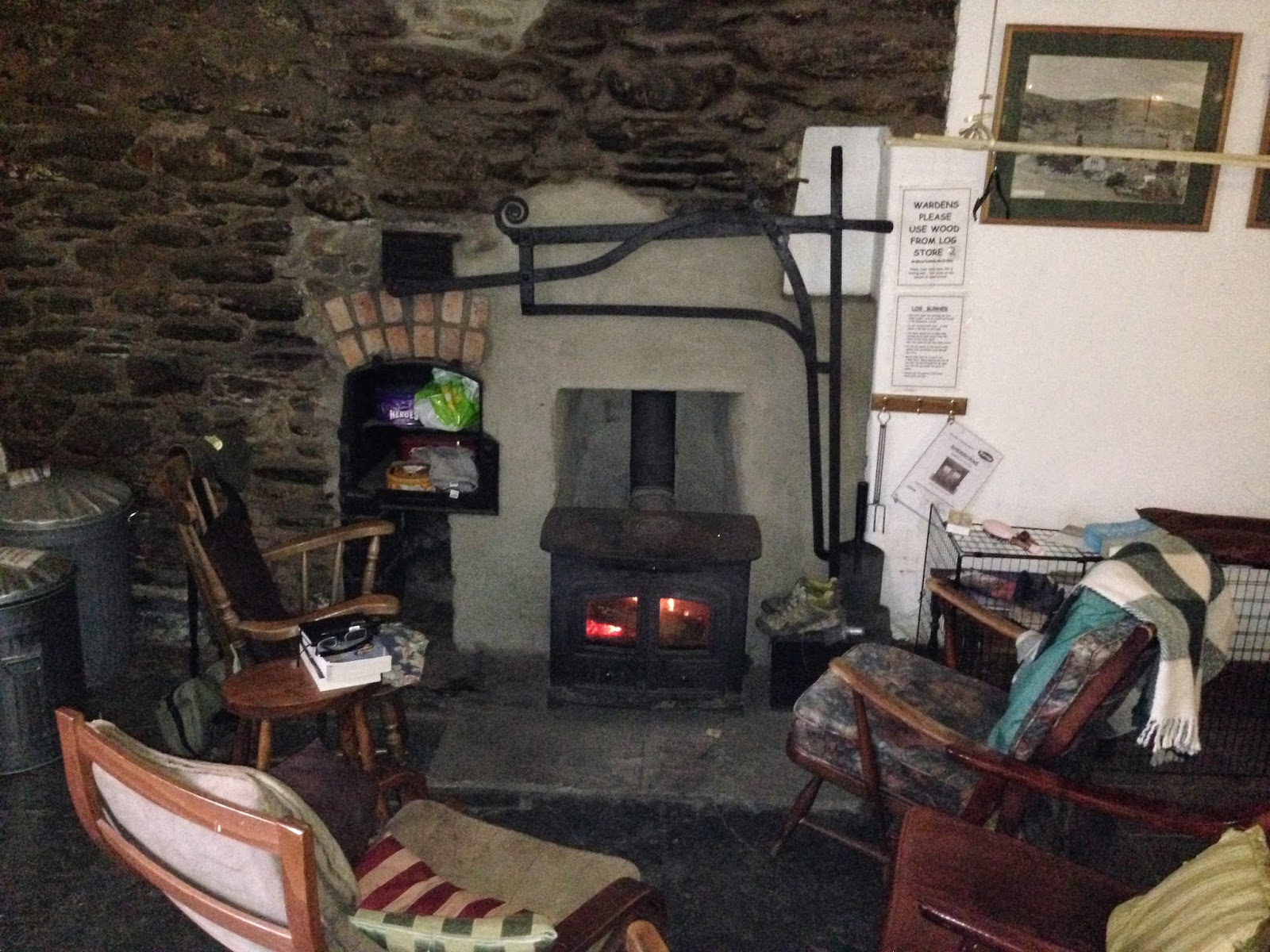 The following morning I spent some time outside soaking up the atmosphere and checking out the local birds. Willow Warbler, Redstart, Wren, Blackbird, Mistle Thrush and Robin were all singing from the hillside. Above the ridge Ravens croaked as they passed over and the drumming of Great Spotted Woodpecker echoed through the valley. The perfectly positioned bird feeder is located in the garden, viewable from the kitchen. Being the only feeding station in this part of the valley gave it a very loyal attendance - the majority being Chaffinch and Siskin. However, after a little observation, another finch sneaked in  - Lesser Redpoll! 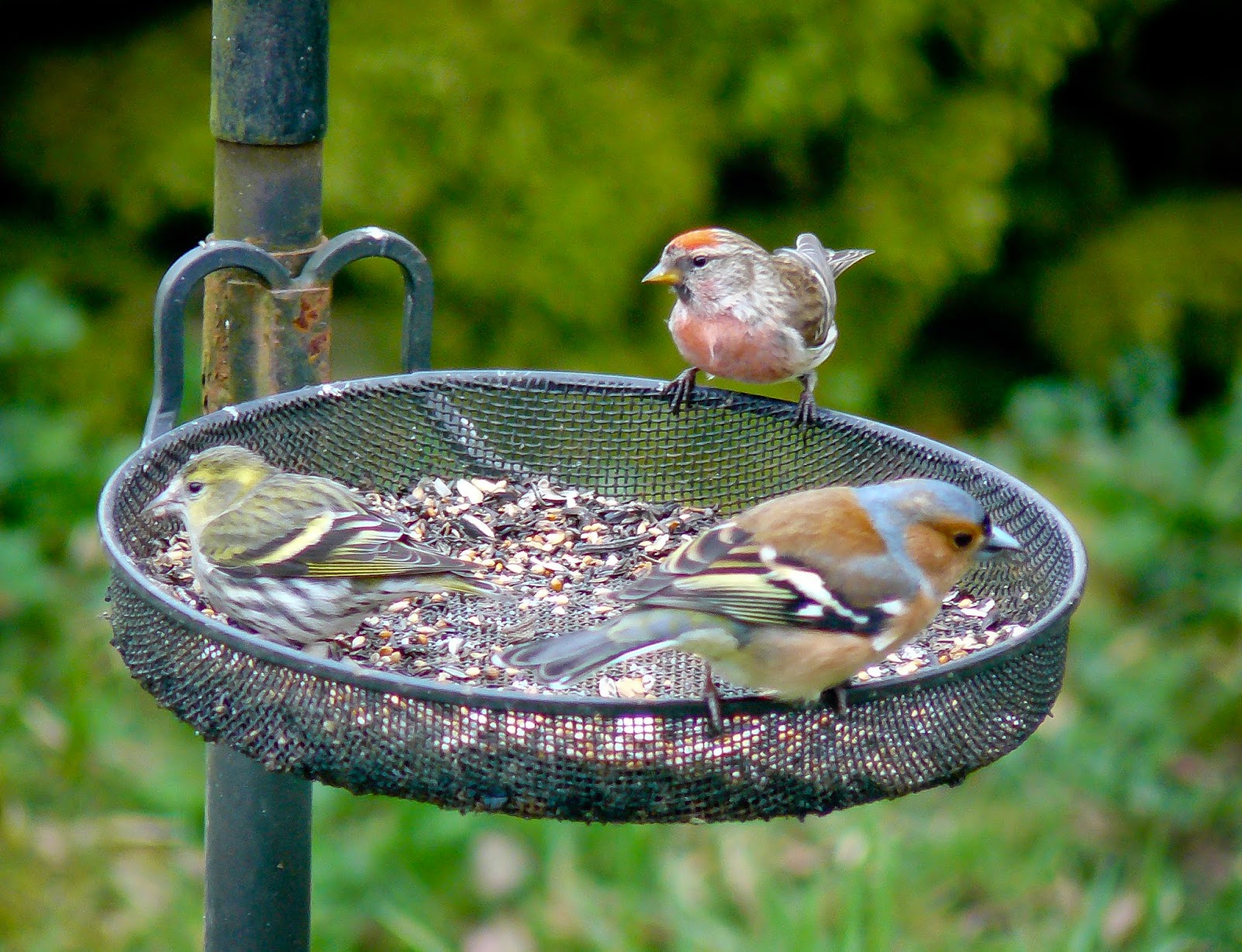 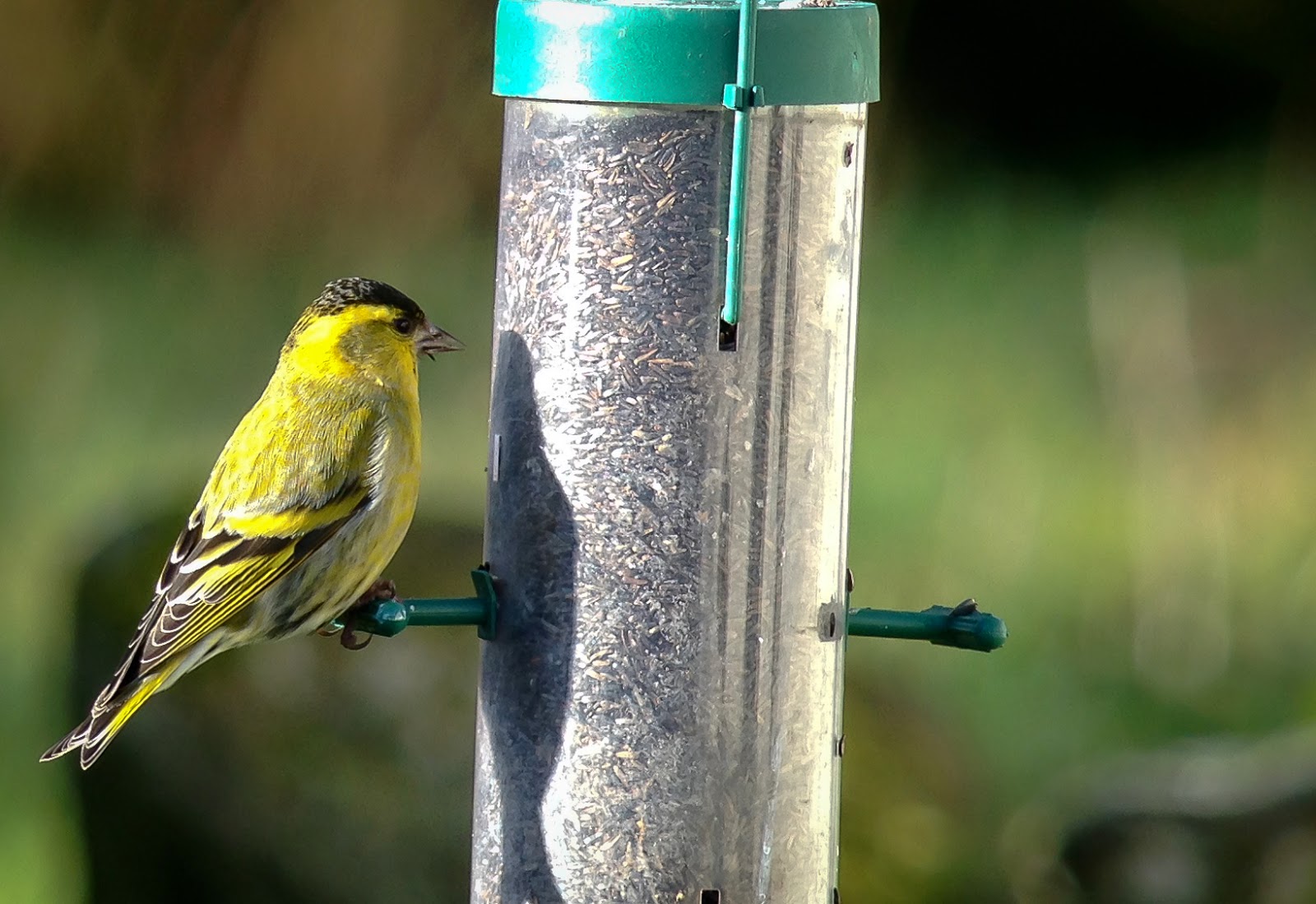 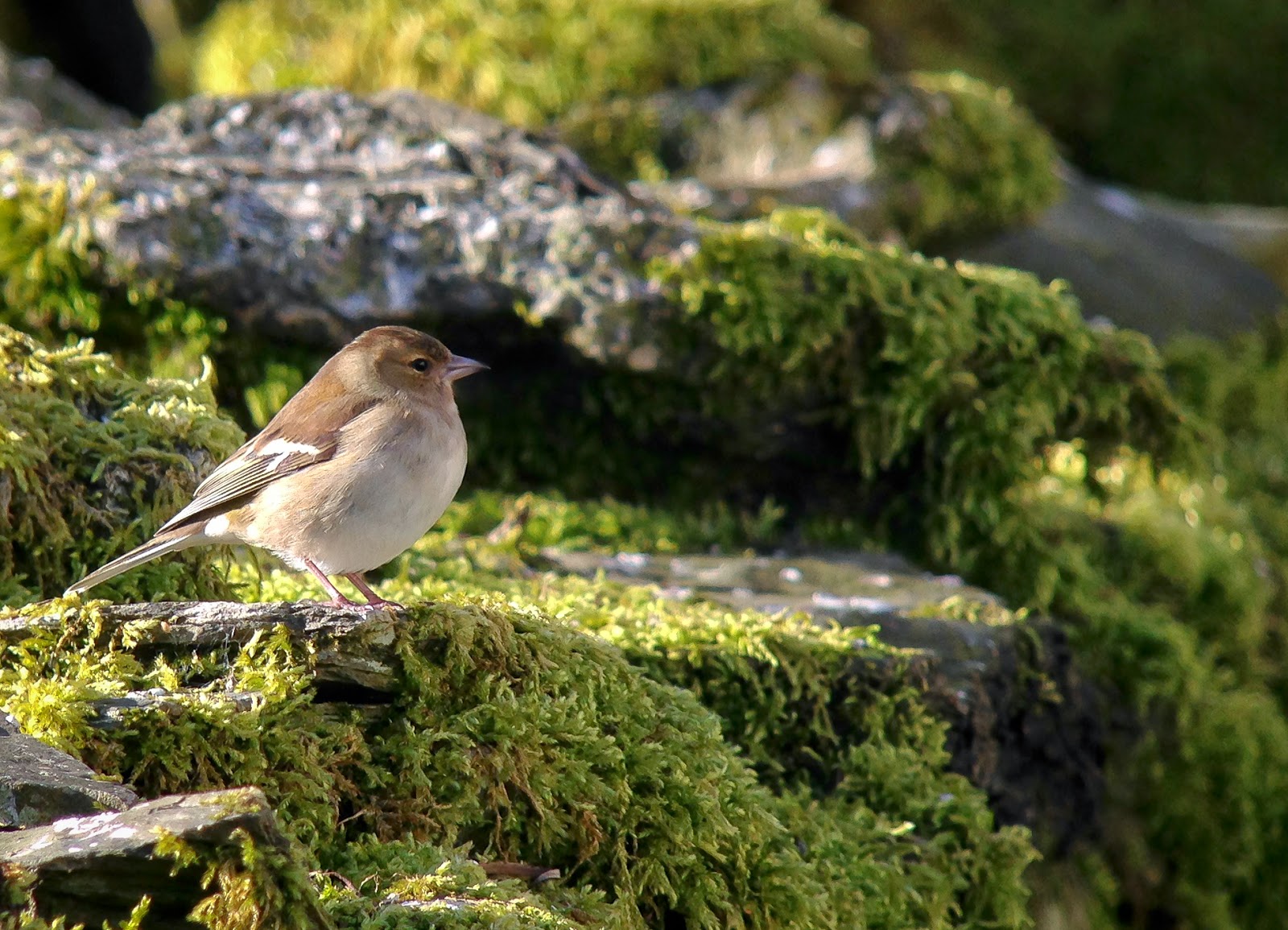 Other attendees included Great Tit, Great Spotted Woodpecker and raids by a posse of Jays...After a hearty breakfast and an injection of caffeine we headed out for our day : The Elan Valley 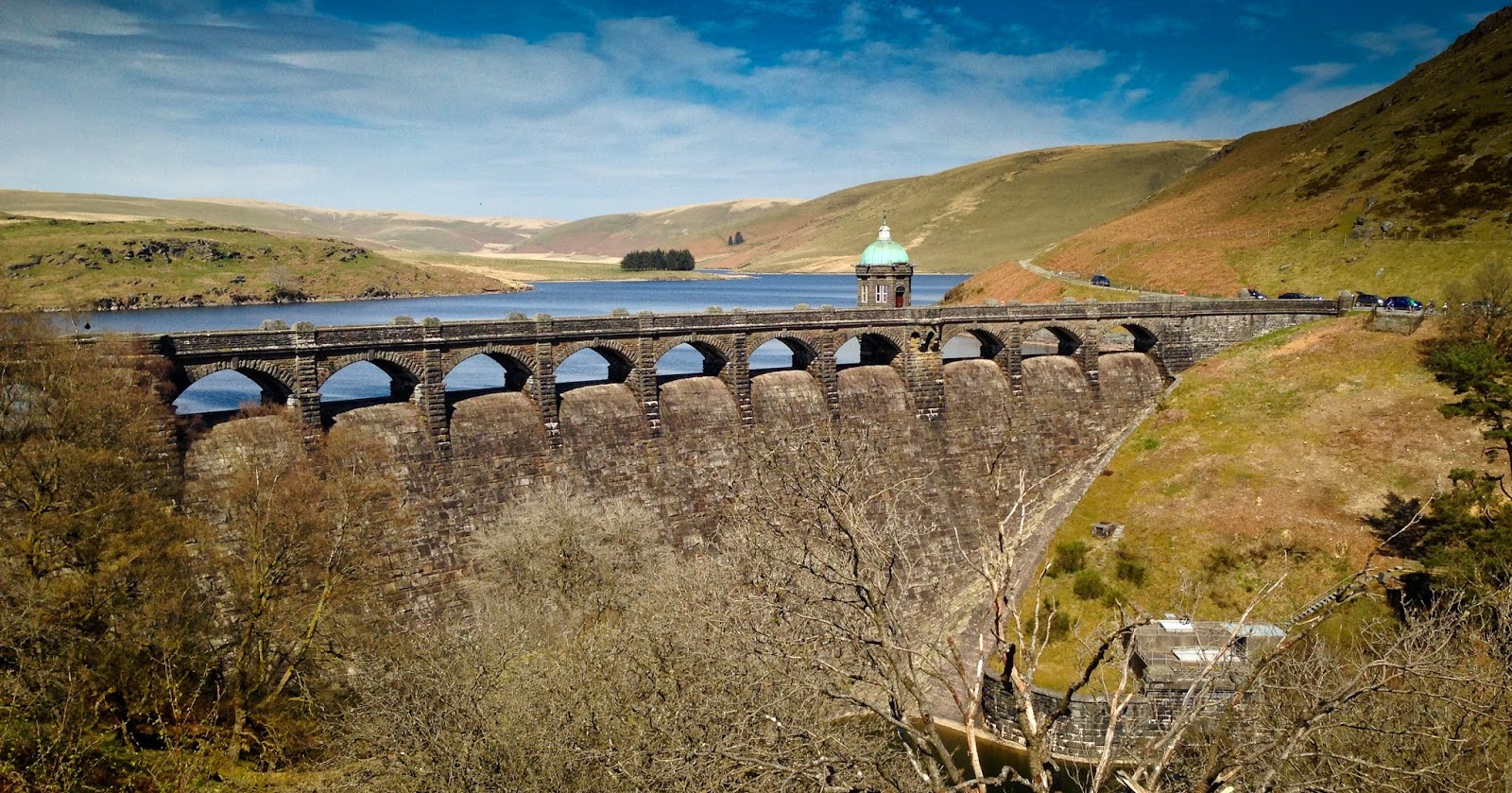 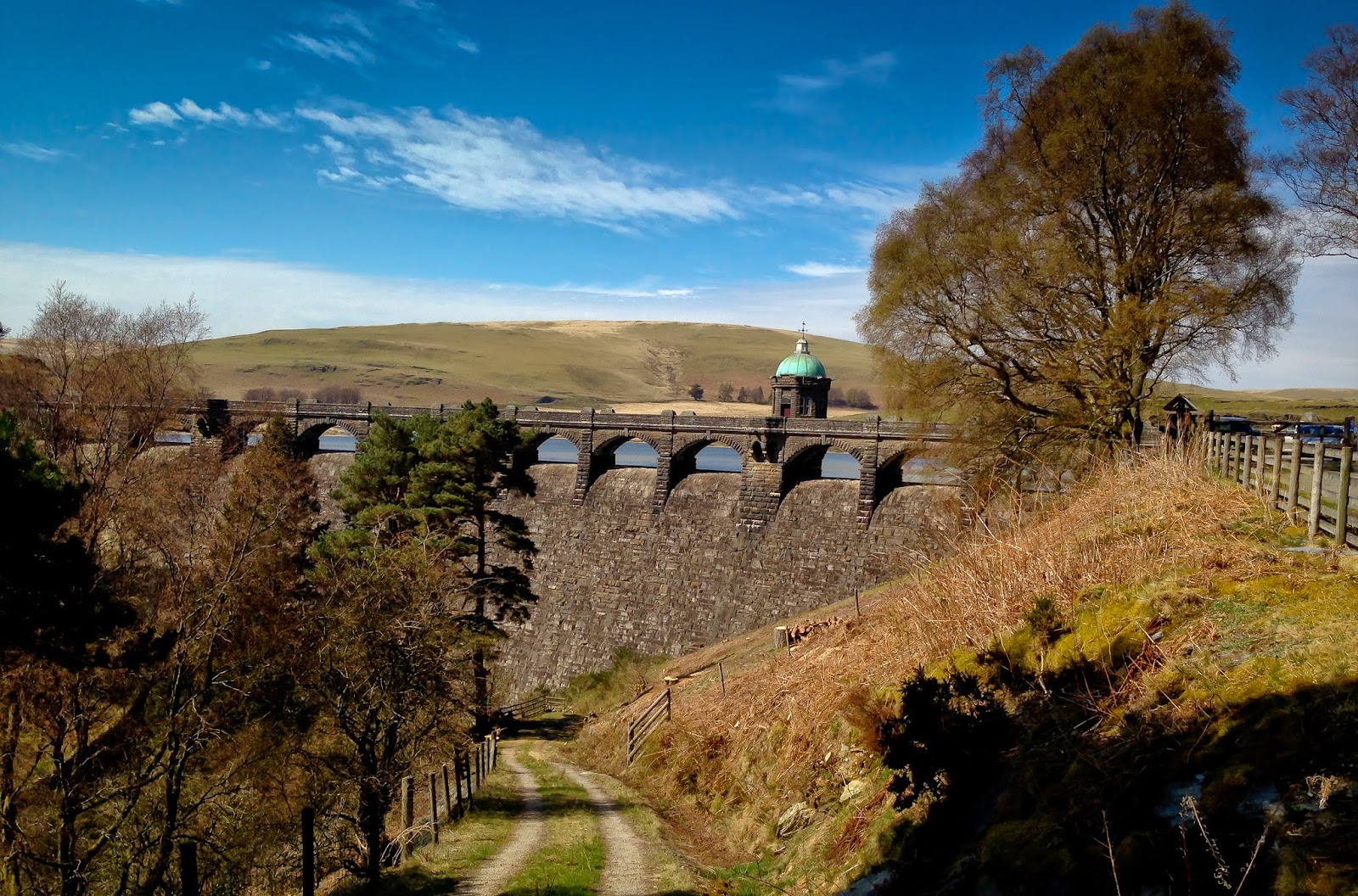 Red Kite, Common Buzzard and Raven were all in attendance enjoying what was to be a very warm spring day. The main focus for tourists in this area is the amazing dams built by the Victorians to supply water to Birmingham. We parked up at Craig Goch and took the trail along the Pennygarreg Reservoir to the next dam. At the base of the dam was woodland, comprising of coniferous trees, Willow, birch, alder and Sessile Oak. Birds of interest included Redstart, Pied Flycatcher, Coal Tit and Common Sandpiper along the stream. 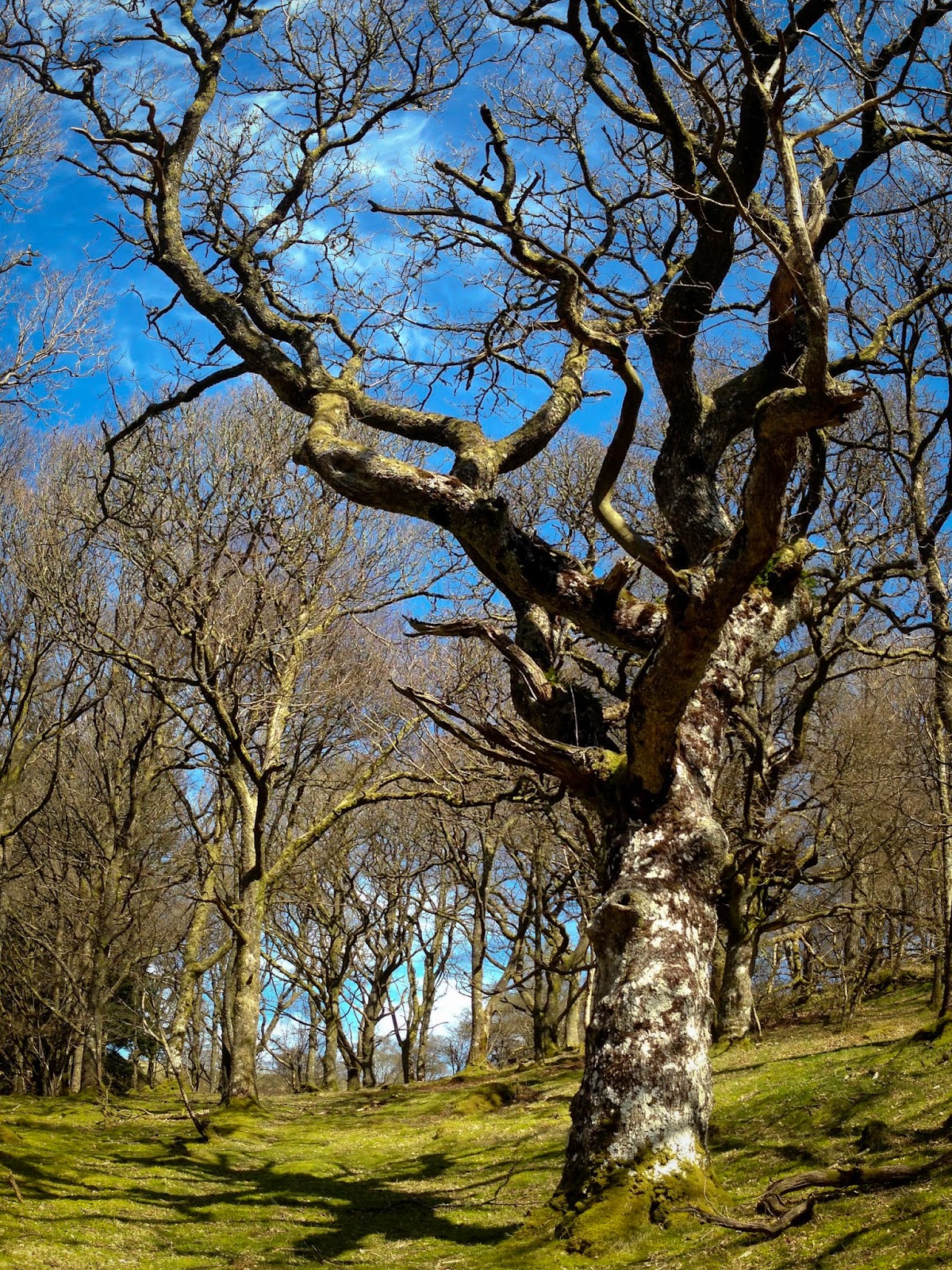 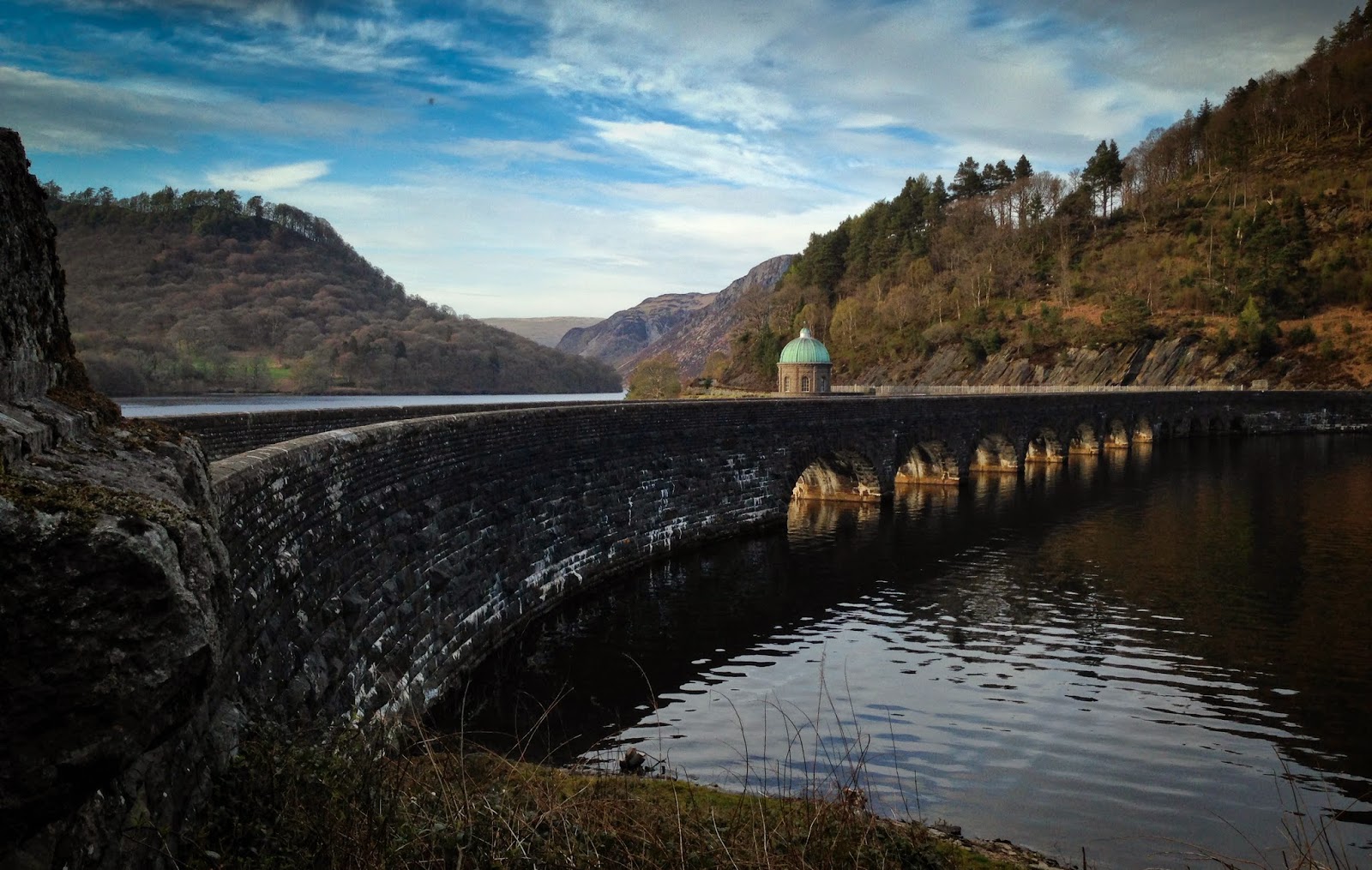 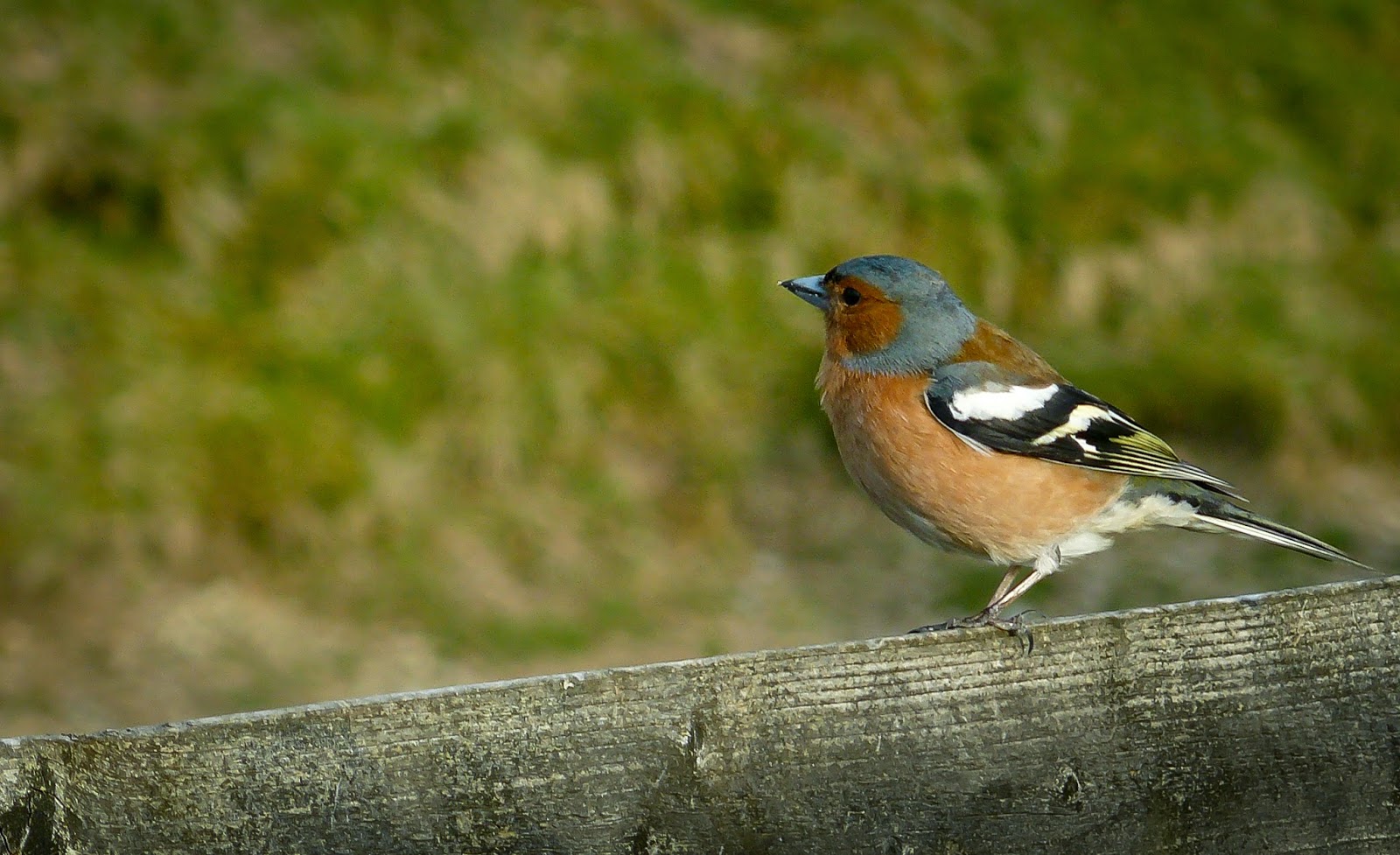 We finished our day with a pub meal in Rhayader before heading back to the hostel.

The following day my wife stayed at the hostel; where she hiked the local hills while Nolan and I headed to the Cors Caron Nature Reserve. This raised bog is located just outside Tregaron and has a wheelchair accessible boardwalk and substantial hide. The reserve seemed very quiet with no wildfowl except Mallard and Canada Goose. Swallows and Sand Martins hawked insects above the scrape in front of the hide with Reed Bunting making an occasional appearance. There was Willow Warbler, Chiffchaff, Blackcap and Wren in the willow scrub, joined by Chaffinch, Siskin, Great Tit, Blue Tit and Lesser Redpoll in the trees. There were a few of star species including Stonechat and Kestrel on the reserve and across the road in the Sessile Oak - Pied Flycatcher, Redstart and the obligatory Red Kite watching from above.

A fly-by look at The Strata Florida Abbey and a bonus bird: Goshawk floating above the adjoining hills sent us on our way back to the hostel. Another quick cuppa tea and catch up with Lori before I headed out on my own to The Gwenffrwd-Dinas RSPB Reserve. 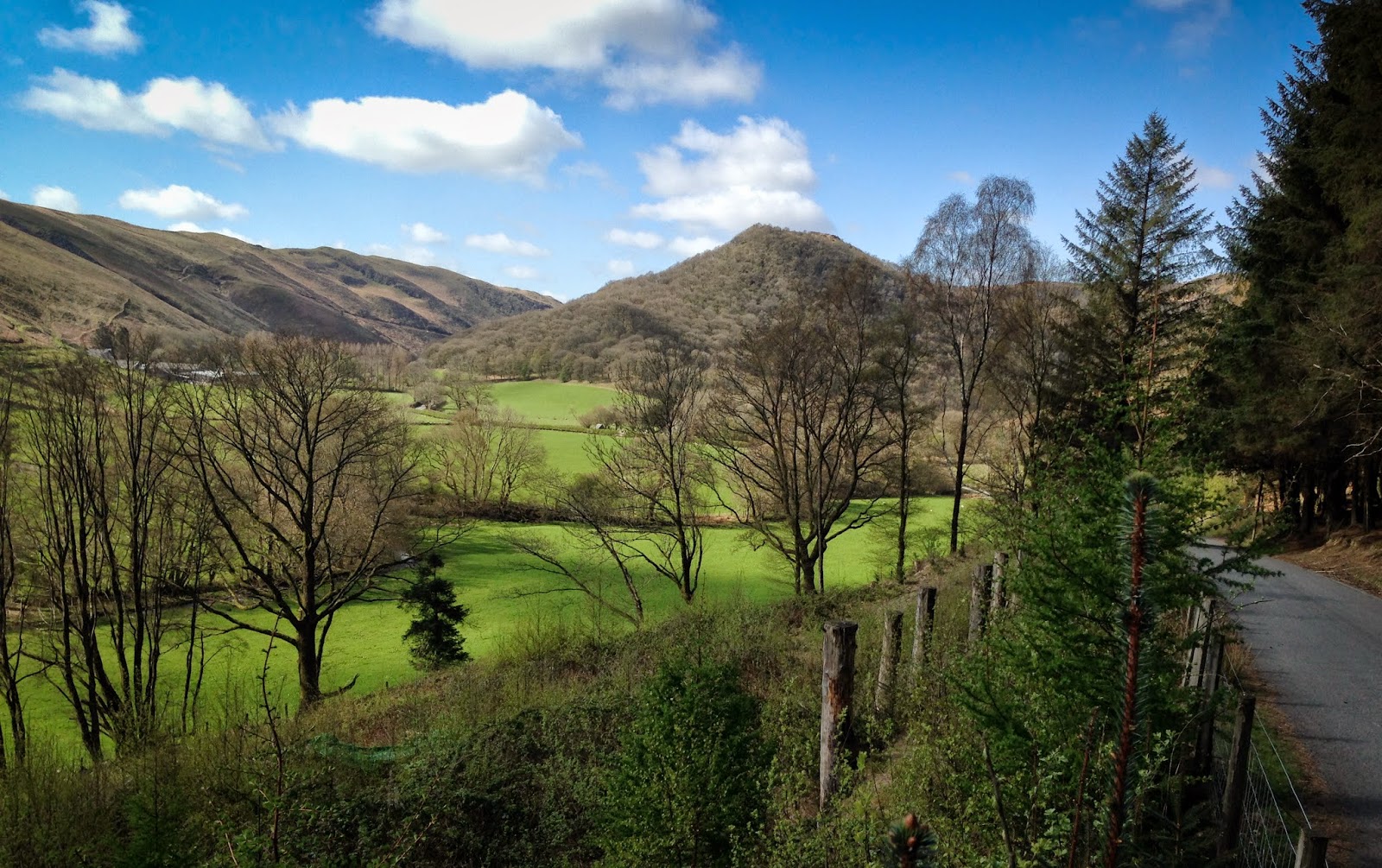 The location of this reserve has to be seen to be believed - absolutely breathtaking was my first impression. The Alder and Sessile Woodland seem almost fake, each tree with its own character and story. The second I entered this arena I new I was in a special place. There were Pied Flycatcher and Redstart calling everywhere. My earlier sightings had been at distance but here, the viewing was intimate. The Redstart were calling higher in the trees but the Pied Flycatchers were singing close to nest boxes, often changing perches but long enough for me to get a photo. Other species here include Dipper, Grey Wagtail, Marsh Tit, Whinchat and Yellowhammer to name a few. Both Redstart and the Pied Flycatcher had recently arrived back from Africa but were already staking claims on the nest boxes; ready to begin another breeding season. The following day we left the hostel and our little rural retreat and headed back to Surrey. I have learned over the years that some of my best adventures have not always been the most comfortable but they often remain the most memorable...this has been no exception. Wales always keeps me coming back for more... 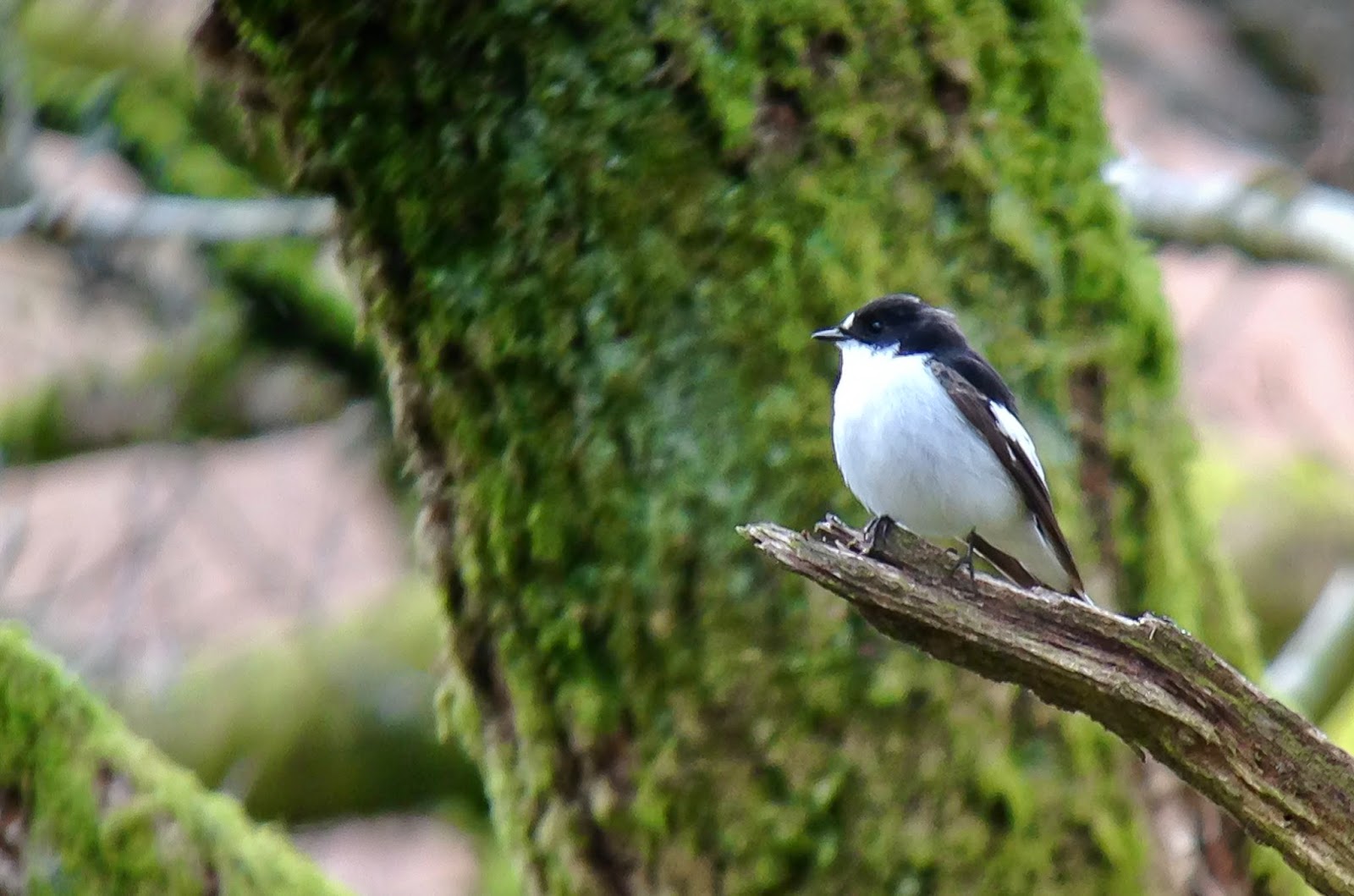 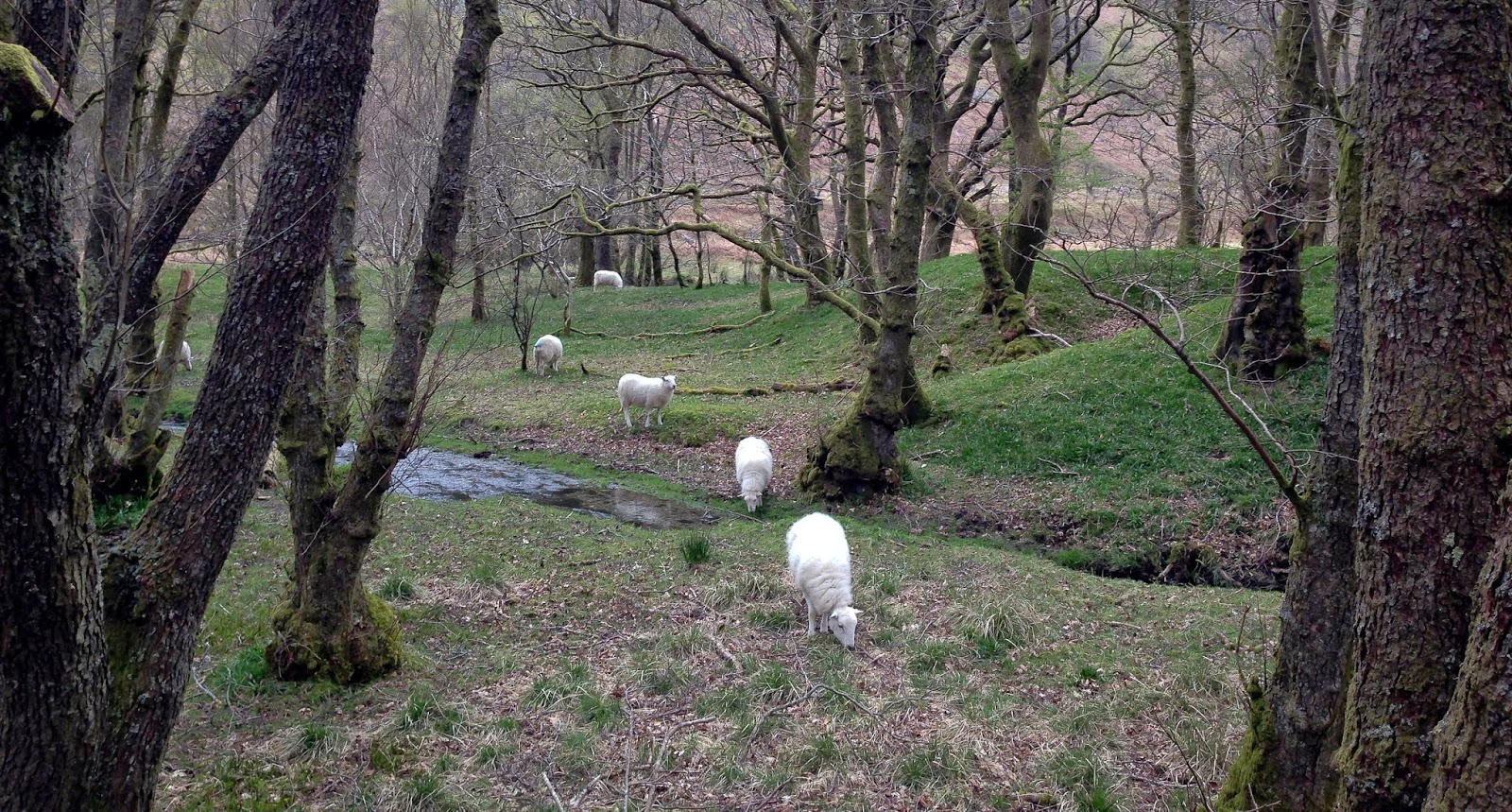 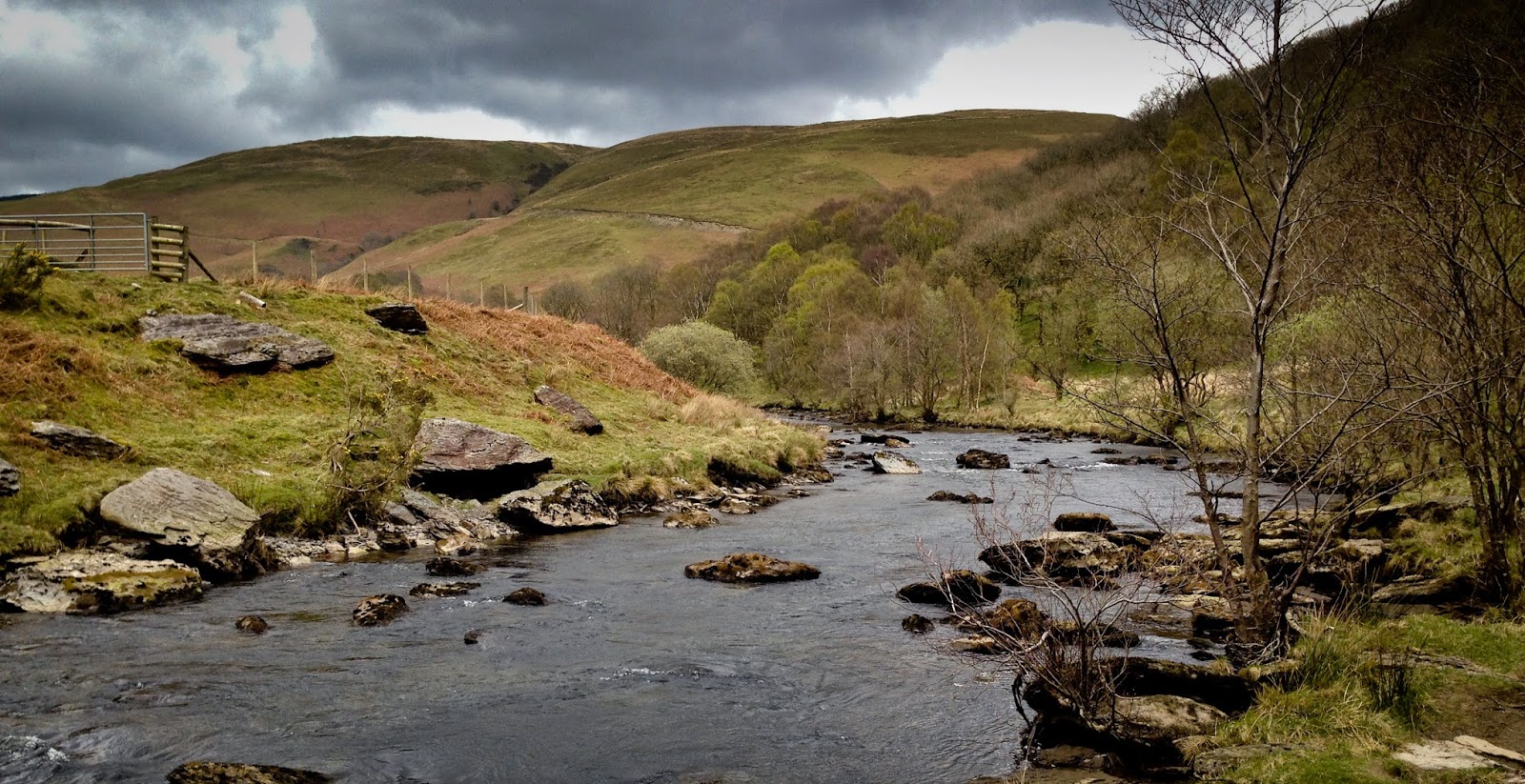