Connected with a GLOSSY IBIS today (5th January 2014) near Frencham Village in Surrey. This bird was first reported on the 2nd but I didn't try for it until yesterday afternoon. My efforts went unrewarded but that doesn't matter now. This morning Lori and I headed back to Frencham where we met with lots of happy looking birders and yes, Glossy Ibis! 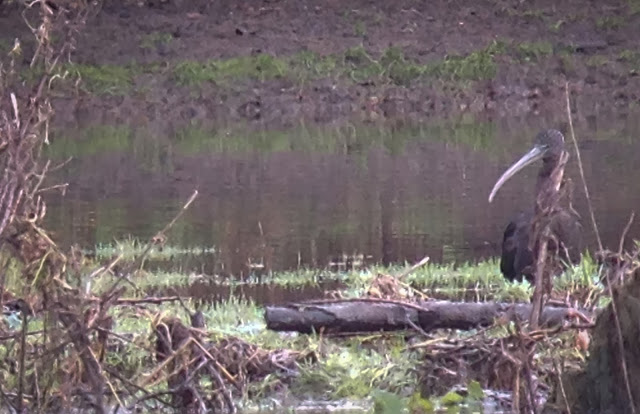 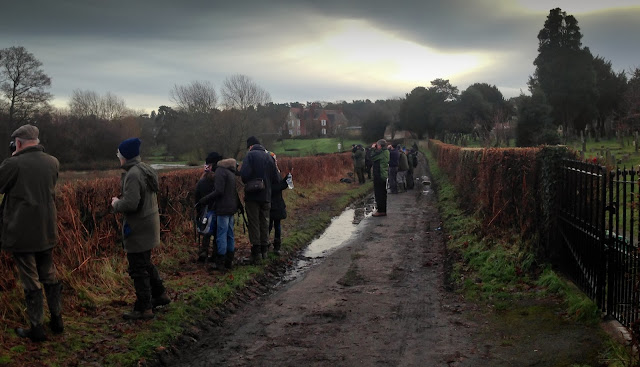 This very cool and rare bird to the area was feeding and preening on the other side of a flooded meadow. I believe this is the first twitchable Glossy Ibis for Surrey. The other record was in 1833 I think; hence its popularity with Surrey County listers. A good trickle of people were coming and going including a few of the Tice's Meadow crew - taking a well earned break from work party duties - good to see you Dave Baker and Rich Horton!