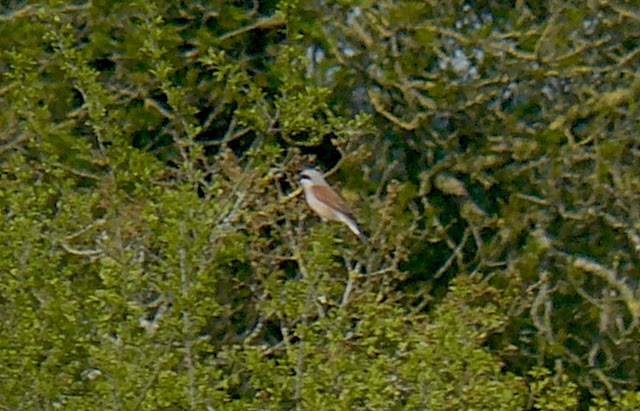 This weekend has been extremely  epic in terms of rare birds for me. It started on Friday  (17th May 2013) afternoon when I decided to head to Martin Down NNR in Hampshire to chase a Red-backed Shrike. This scare migrant and rare breeder in the UK had been reported by Rare Bird Alert.  It took me nearly two hours to get there and another 2 1/2 hours to find the bird. This individual was a cracking male and I got crippling views but terrible photos (see above). Whatever, I was absolutely over the moon to see this bird. 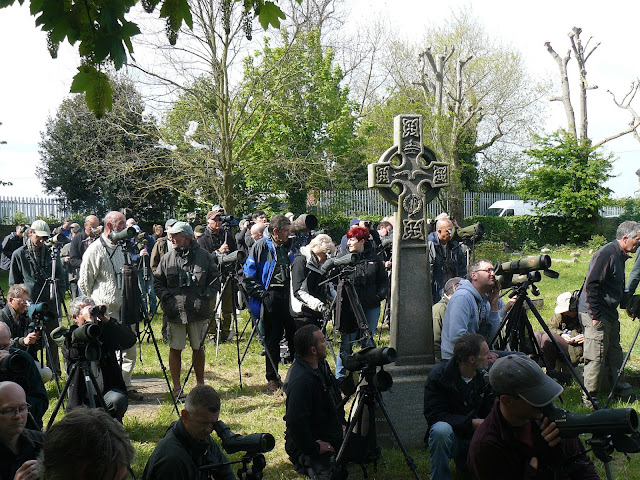 Saturday morning turned out very differently than I had foreseen, as the above picture might indicate. The plan was to stay in bed, drink coffee and find the energy to tackle DIY. Excuses had just about run out. Then I checked Rare Bird Alert (RBA). 'MEGA Kent DUSKY THRUSH fem Margate Cemetery + showing well (for 3rd day)'. The bird was first discovered by Steve Tomlinson on Wednesday; who spent three days trying to confirm the identity. This was an anxious time for Steve, who only got very brief glimpses, but enough to know this bird could be epic. He was right. On Friday his patience and instinct paid off...read his story here: http://steve-tomlinson.blogspot.co.uk/ 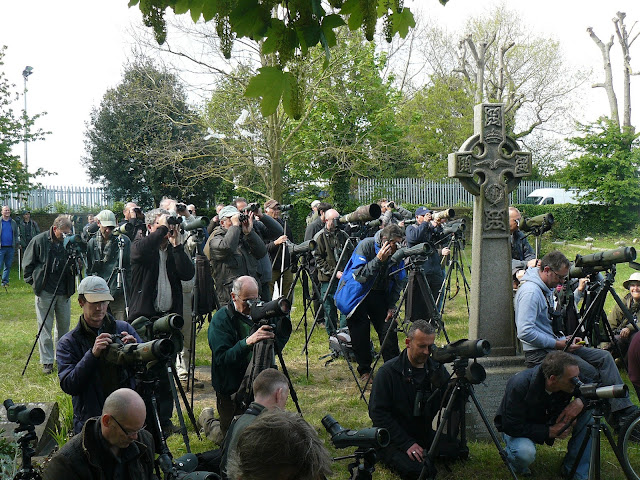 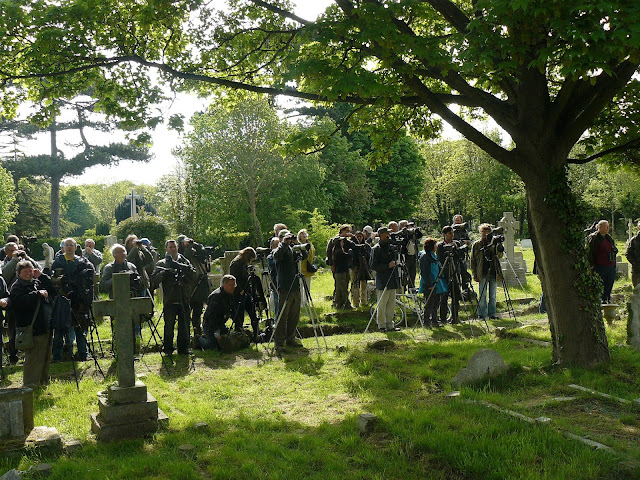 This is a very rare bird. In short, there has not been a twitchable Dusky Thrush in the UK since 1959; 54 years! So, with the green light nod from my wife I was tearing down the M25, heading for Margate. 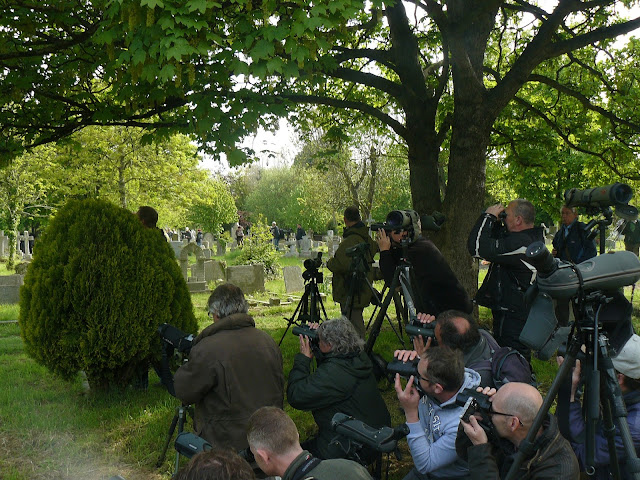 On arrival I walked into the wrong side of the cemetery where there was no one. A few panicky minutes put me back on the main road and into the second entrance where I saw approximately 200 people neatly gathered around a Sycamore tree. The bird was tucked in up high and not moving. So, I made my way around to get a different view. Luckily, the bird was view-able  at least, its head was, but that was ok; I was looking at a DUSKY THRUSH! 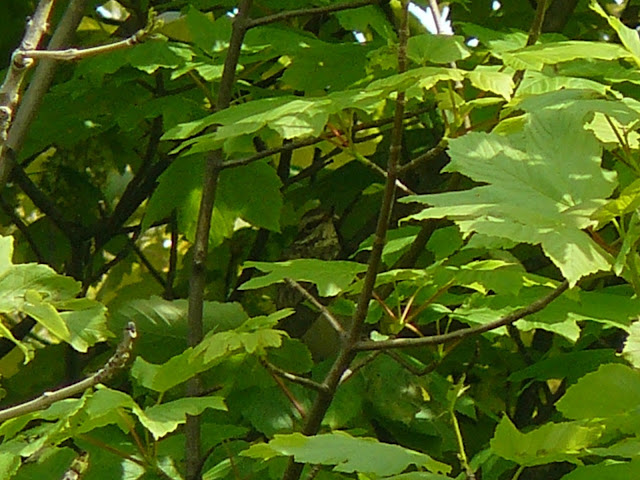 The bird remained in the same place for over an hour, but the time flew by and it was a really great experience being part of such a historic twitch. I spent a little time getting a record shot, but mostly, I watched a fellow birder sketching this Siberian rarity. I am always in awe of artistic talent and I felt privileged to see this rare bird materialize onto paper. 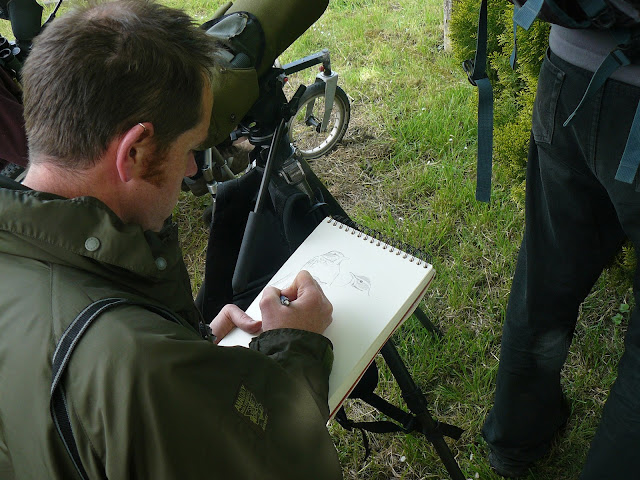 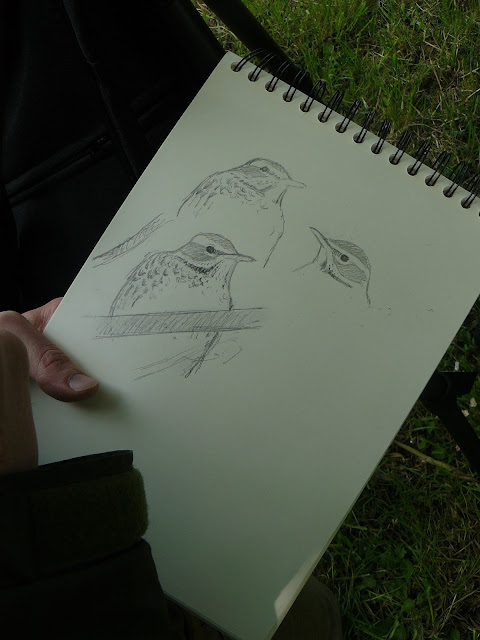 The bird finally started moving around, waking the crowd from our silent trance and showing well for all. There are some cracking photos of this bird out there, so just search the web. *The Dusky Thrush was not seen again after Saturday. It is probable that over 2000 people twitched this bird. 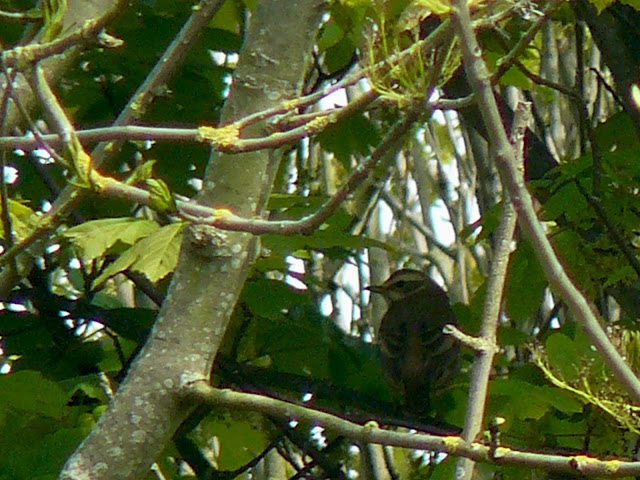 On returning home we spent a couple of hours doing chores and taking care of a few responsibilities before deciding on a second twitch, this time in Cambridgeshire. Not the best decision as it was already 3:30 pm and we had a two hour drive in front of us. 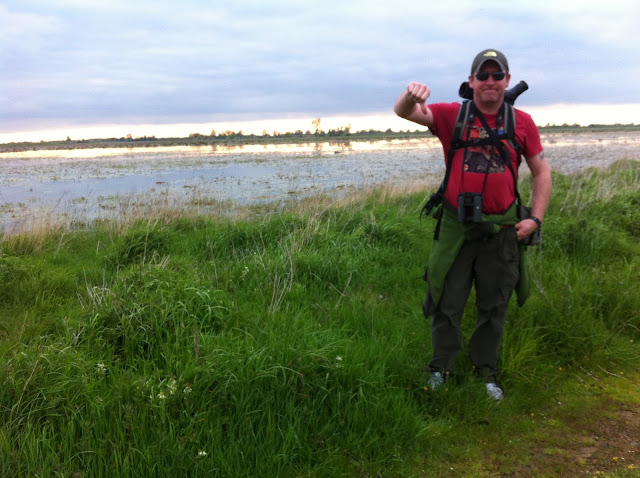 We pulled into Wicken Fen at about 18:15 pm and after asking a few questions, we headed out onto the reserve. Initially, the walk was pleasant and casually paced, with calling Cuckoo's, Reed Warbler and Reed Bunting. However, after getting some (mis) information from a birder, we spent two (fast paced and exhausting)  hours in the completely wrong area. Don't get me wrong, the habitat and birding was brilliant; Short-eared Owl and Marsh Harrier slowly floating across the marsh, while Reed Warbler belted their song along the river channel. A Kingfisher put in an appearance, while we scanned through a breeding colony of Black-headed Gull; but still no target bird. 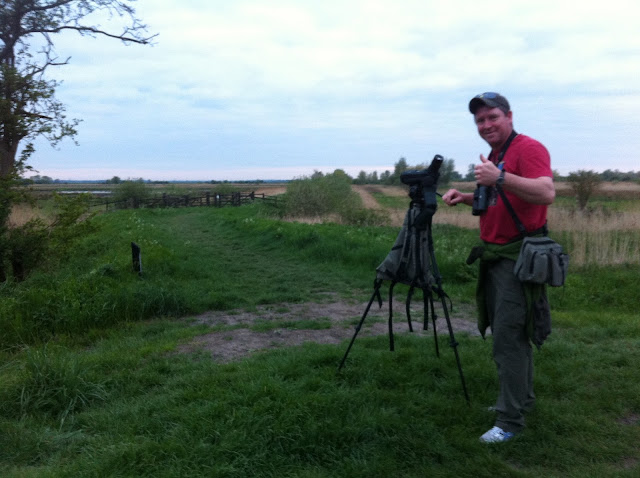 By about 20:30 we were almost back to the car when I looked across at a body of water and said to Lori "that's where I would expect to see a stilt". I scanned around noting Redshank, and Black-tailed Godwit and...BLACK-WINGED STILT! Unbelievable. This bird was actually in the area that was shown on RBA, but as I said, we were sent on a wild goose chase that ended, luckily, with a very cool bird...