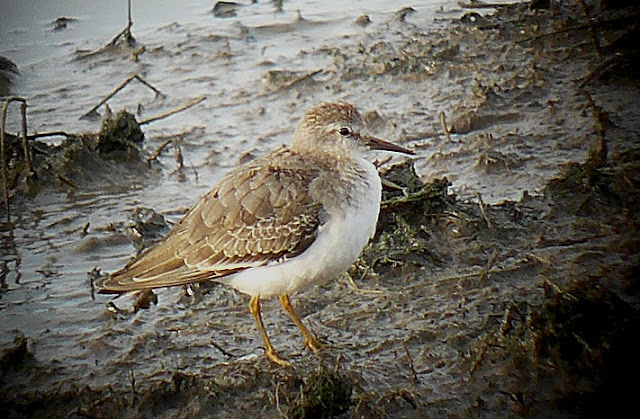 Had a great day with our youngest son Nolan, who, without influence, (honestly) decided he wanted to come on a twitch with me. Taking advantage of this blip in his own sanity I sorted out the itinerary, fueled up the car, sorted out our gear, made sandwiches and finally promised McDonald's to seal the deal. 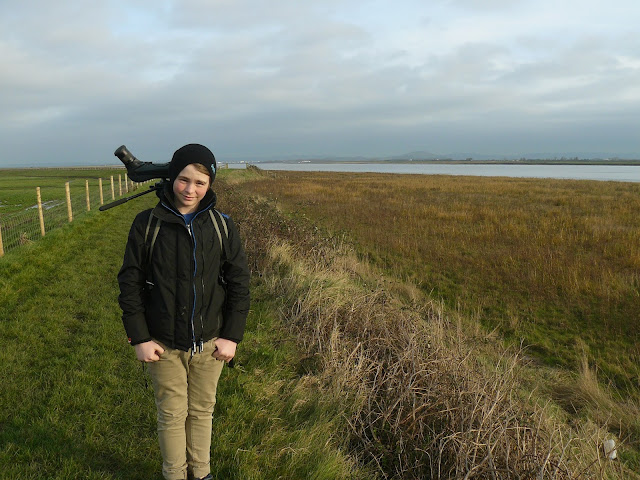 We hit the road at 05:00 am, heading west on the M4; destination Somerset. The journey was fairly uneventful; spending our time putting the world to rights and cranking up some great punk tunes courtesy of NOFX. Our quarry this morning was the reported (RBA) Temmink's Stint by Parrett Estuary, Steart, Somerset. We arrived just after 08:00 am and made our way out. Prior to this we  had a brief interaction with a rather grumpy birder in the car park, who seemed insulted that I said good morning to who him. He seemed even more irritable when I inquired about the stint. Not sure what his problem was.. 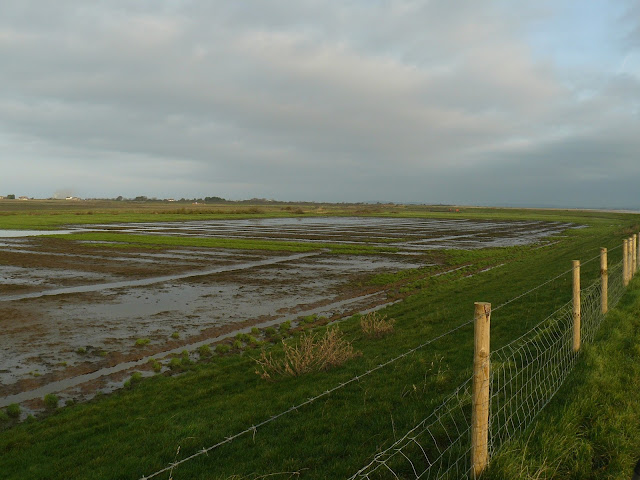 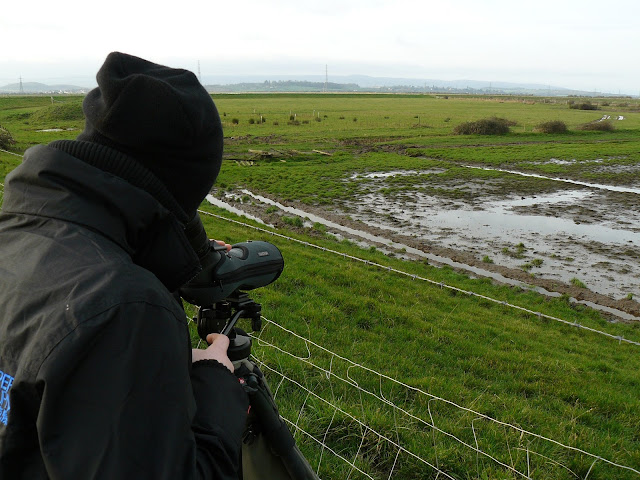 It was a 30 minute slog out to the site, though we stopped and scanned along the way. Once we got to the 'flooded field', the area the bird was frequenting, we set up camp and began to search. We met two other birders out there (both nice), the first informed us that the bird was there but flew onto the estuary after being spooked by a crow. An hour later we met the second, who new a little more about this individuals behavior. He was confident the incoming tide would push it back into the flooded field. At 10:30 am I looked up, as I first heard, then spotted my first Temmink's Stint! We had great views and thank goodness for digi-scoping. We pointed it out to our grumpy friend who was looking the other way. See, its nice to be nice. 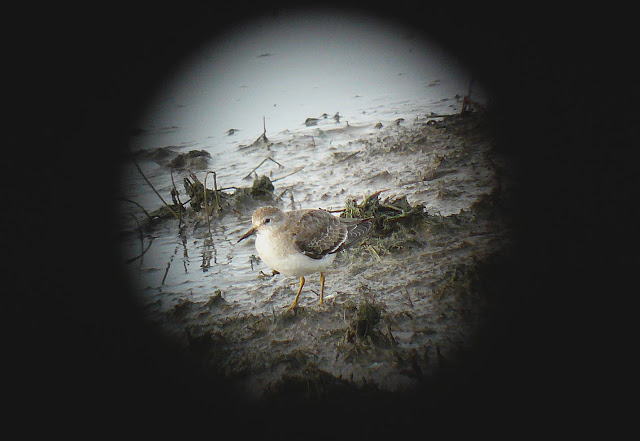 Twenty minutes down the road we stopped at Hawkridge Reservoir near Spaxton where we connected with the reported Ring-necked Duck. This stonking looking male was mixed in with a group of about 8 Tufted Duck on the far side of the reservoir. A bird I was very familiar with in Canada but had not yet seen in the UK..until now...tick. Ironically, I hardly gave the tufties a second glance, yet it was a Tufted Duck that got me all in a tither when it was reported on Kings Pond in Victoria, Vancouver Island. Funny old game in it! The below is from Vancouver Island.

Two birds down, one to go. My plans, thus far, had worked out. Our final twitch of the day was a 40 minute drive away...in Devon! 40ish minutes later we pulled down Milbury Lane; a quaint and narrow little street in the town of Exminster. Surveying the scene I immediately noticed a kind looking gentlemen; he stood looking up at an apple tree, bins around his neck and a camera in his hand. He greeted me with a smile as I asked him the obligatory question; "is it still here?" 'The bird' had been around but was currently missing in action. It had been about 30 minutes since it had last made an appearance but I was hopeful. Ten minutes later I focused my binoculars on a Starling, but not any Starling, this one was a long way from home. "Got it". I said. I was looking at my lifer Rose-coloured Starling! 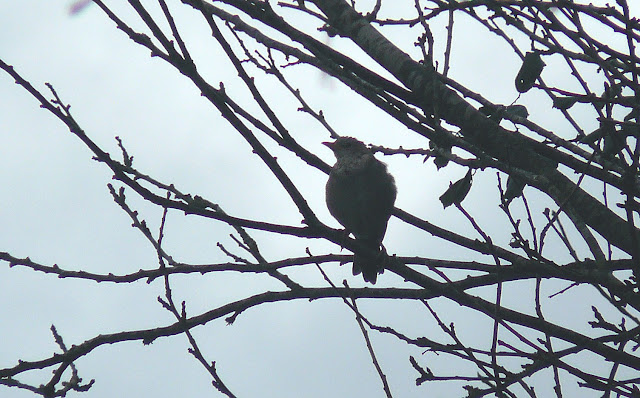 This eastern European breeder should be wintering in India and tropical Asia not Devon! Incredible as that is, I was more impressed that this bird had been found, identified AND reported from a very nondescript street in western England!


I tried to get a few record shots but failed miserably, as you can see in the top photo. Fortunately, David Land, the gentleman I met, kindly promised to send me a few photos. That was about 13:00, so all that was left to do was to hit the road back to Woking....via McDonald's! Many thanks to Nolan who was a real trooper all day and great company, to the to lads I met at the stint, the couple I met at the duck and Dave Land who kindly hung around to help locate the starling..