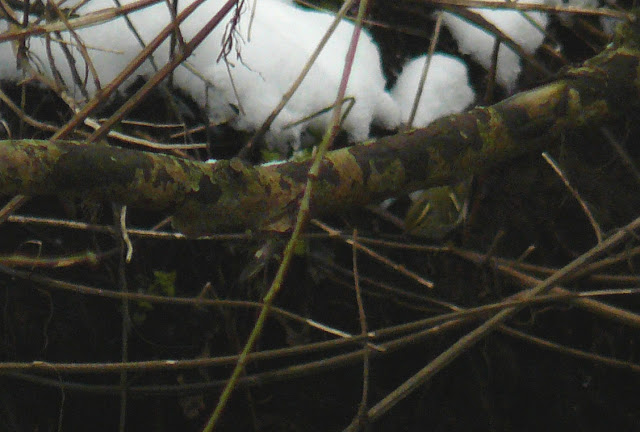 This Pallas's Warbler has been seen for the last week at Moor Green Lakes Nature Reserve; associating with a party of Long-tailed Tit. Today, it took four hours and a bit of luck to connect with this stunning little Siberian rarity. 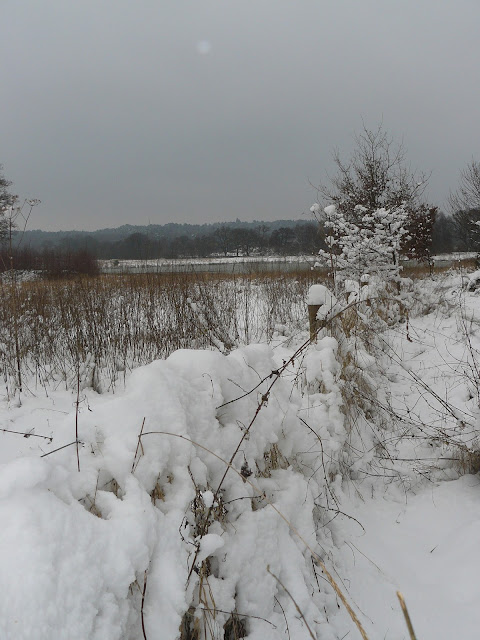 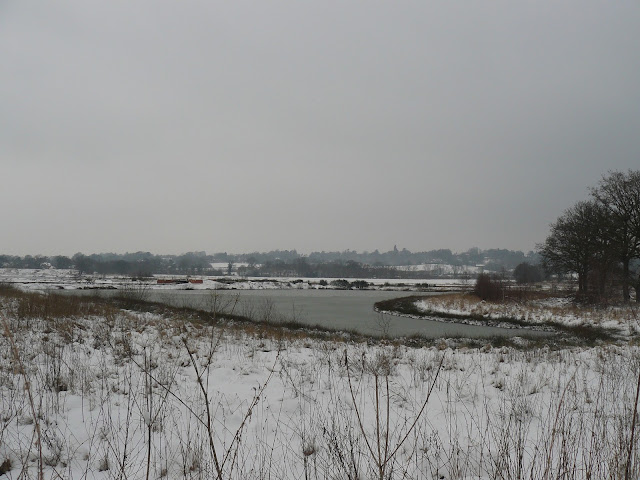 I arrived on site at about 09:30am; a forty minute drive from Woking. There were a few cars in the car park and the online directions given by the RBA were spot on. From the car park to the area where the bird had been seen was approximately a 20 minute walk, though it took me longer as I birded along the way whilst checking the tit flocks. Birds of note included Bullfinch, Siskin, Reed Bunting, Redwing, Snipe, Red Kite, Goosander and Egyptian Goose.

I was about 2 1/2 hours into the search when I met up with Ginger Baker, a birder from my neck of the woods. We chatted for a while but he had to head off, and had been on site since dawn...I continued the search but was beginning to feel it might be in vein, as there were probably 10-12 people looking and no one had seen the bird all day. Just as the trickle of doubt started to poke at my psyche a lady walked passed with her two children and casually said, "Are you looking for the Pallas's Warbler?" 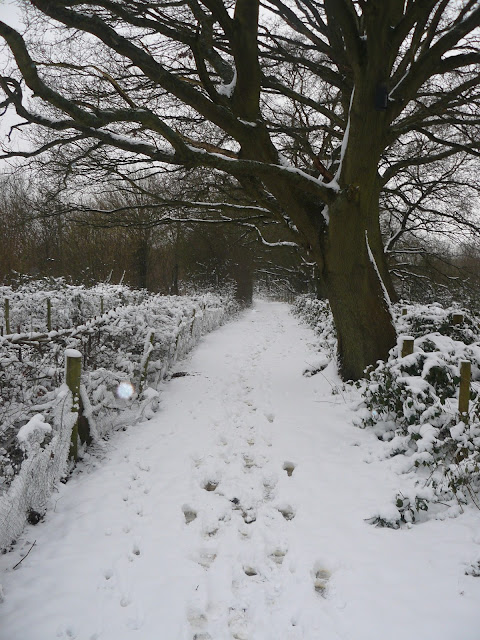 Pounding my way along the path I realized that I should start jogging again, and soon. My lungs were wheezing, my heart pounding and my breathing was 'some what erratic'! Never the less, I arrived in time for the ladies husband to say, "It was here 30 seconds ago!" That old chestnut eh! 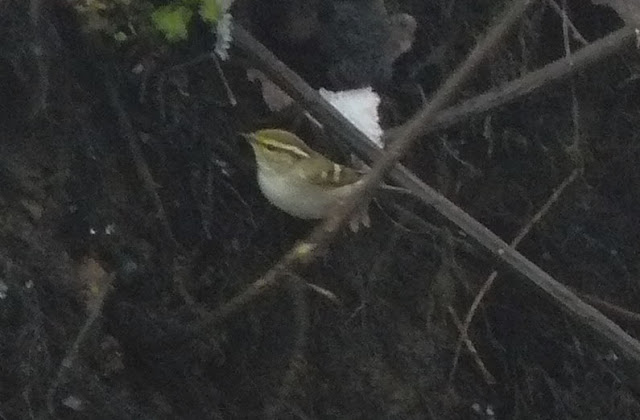 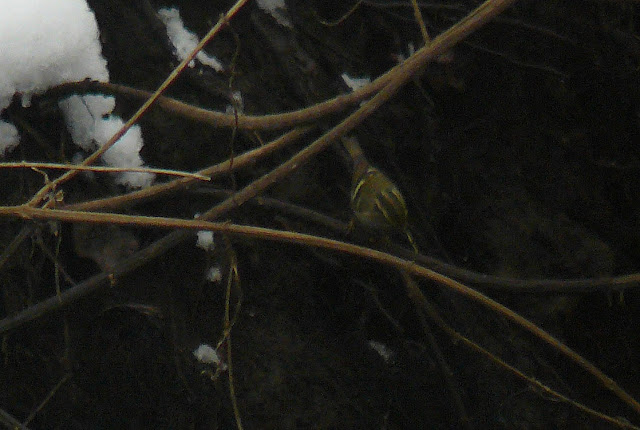 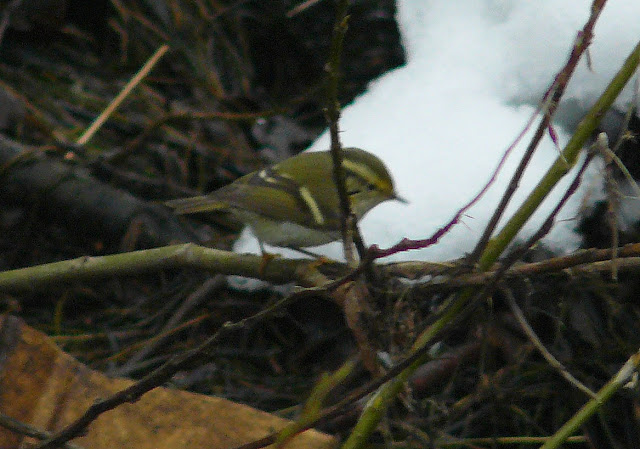 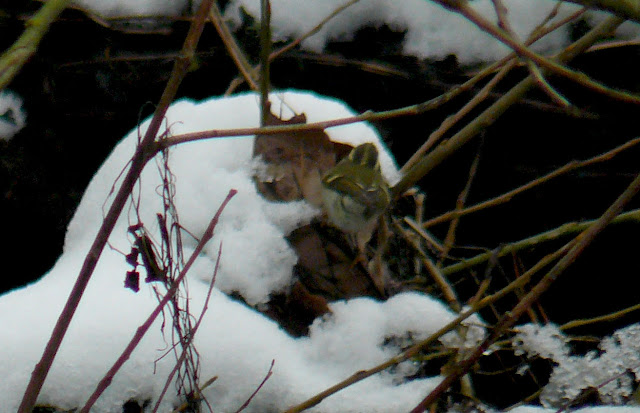 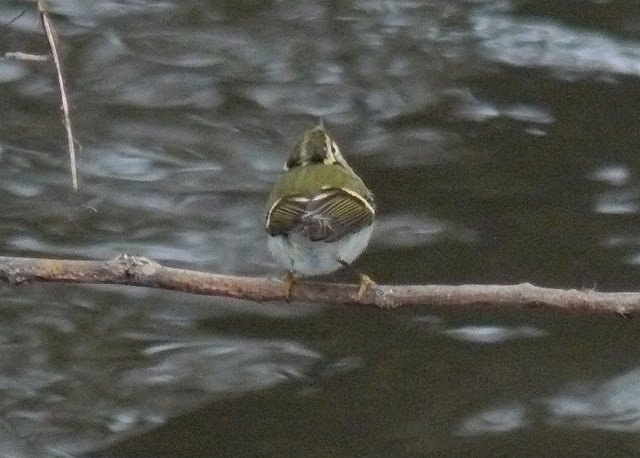 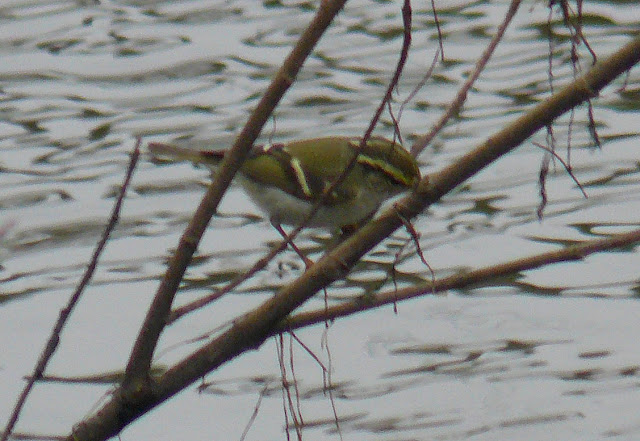 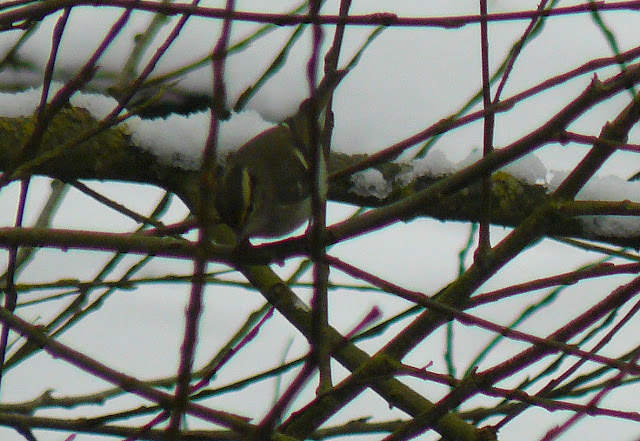 The bird had moved back behind a Willow tree and into a bramble bush. However, within minutes it began to vocalize and then made its way into view, giving killer looks including the central head stripe and pale yellow rump: PALLAS'S WARBLER!

Just as I was sending a message to Ginger's wife to tell him the bird was showing he arrived. He only made it as far as Yatley when he stopped for a snack, checked Bird Guides and turned back around. Anyway, I was happy he made it back....where we got to share this great British lifer! 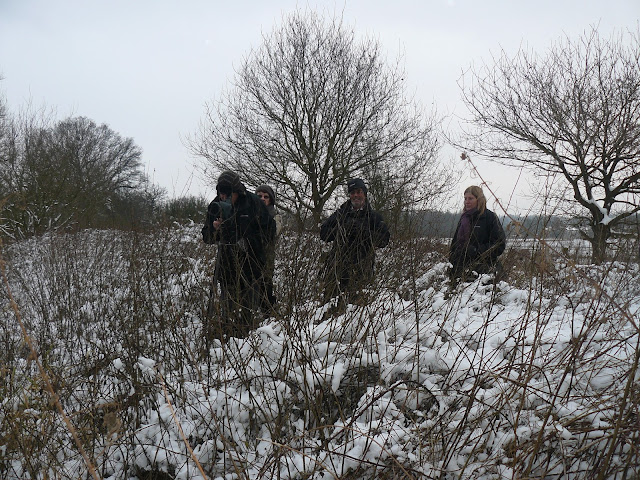 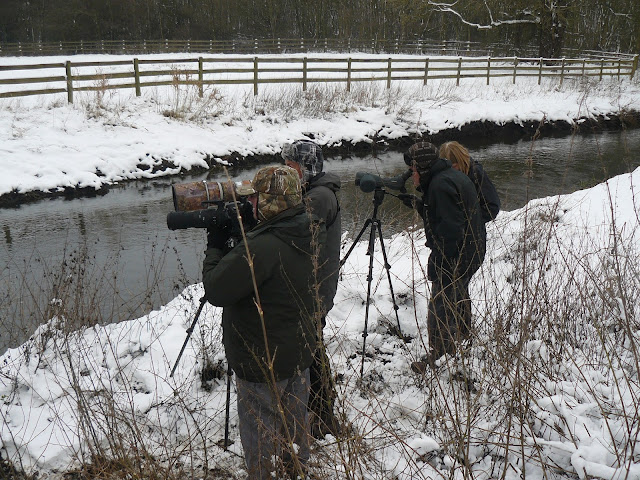 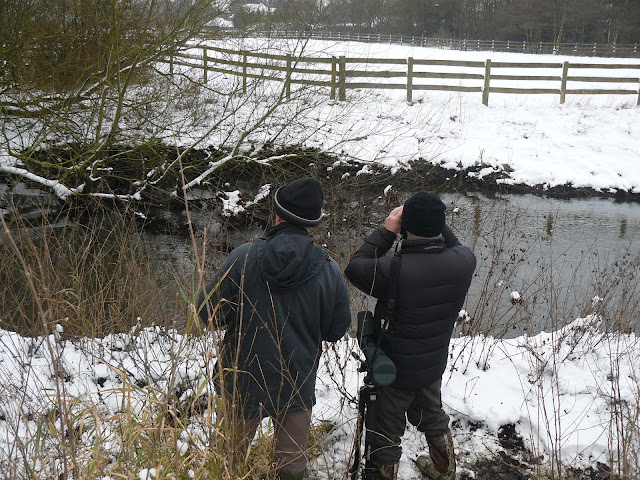