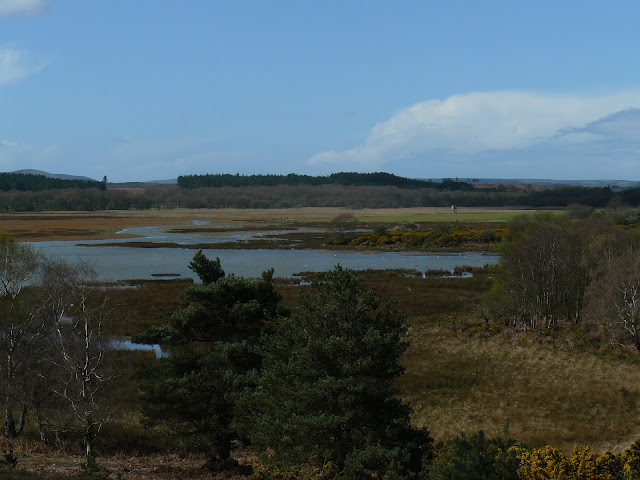 Had a few hours down at Arne RSPB Reserve yesterday as the last birdy trip of the Easter holiday. A little windy and the wrong tide were the downfalls. On the other hand, we did luck out on a few birds, one of which was a Dartford Warbler! This bird still holds as much magic now as it did 35 years ago; when i would stare longingly at it in my ladybird book. Other species on the heath included Stonechat, Meadow Pipit, Linnet, Chaffinch, Chiffchaff and two very welcome visitors back from Africa: Swallow and House Martin.

We did have to work for the Dartford as the two places that we were told about produced 0 birds. Walking around the trails we found our first Stonechat, seconds before the heavens opened. Luckily, it was only a brief shower and after relocating the Stonechat, we got our first look at a Dartford Warbler. It kept us on our toes as it went from perch to perch, singing its scratchy song. We did take a little look from the blind, which produced distant views of Black-tailed Godwit and Curlew, though that was about it. We only managed to bird one small part of this reserve, having run out of time but hope to return one day to see it all.