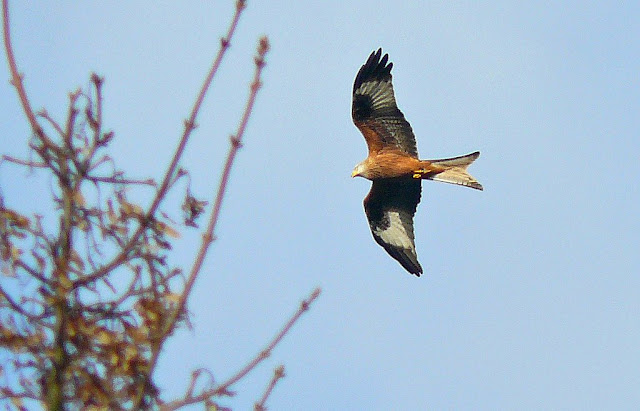 Yesterday, 3rd December 2011, Lori and I headed out on a road trip to try get one of Lori's most wanted birds since moving to the UK. We made two stops en-route as we didn't want to pass on the opportunity of seeing a couple of good birds. First we checked Wraysbury pits for Smew. No luck unfortunately but we did see Goosander (new UK bird for Lori) and many Tufted Duck, Shoveler, Gadwall etc. At Staines Reservoir we found the reported Great Northern Diver as soon as we arrived and soon got another nice bird for us both: Common Scoter. Other birds of note included Black-necked Grebe, Goldeneye, and on the fence line Lori's first good look at a Fieldfare. 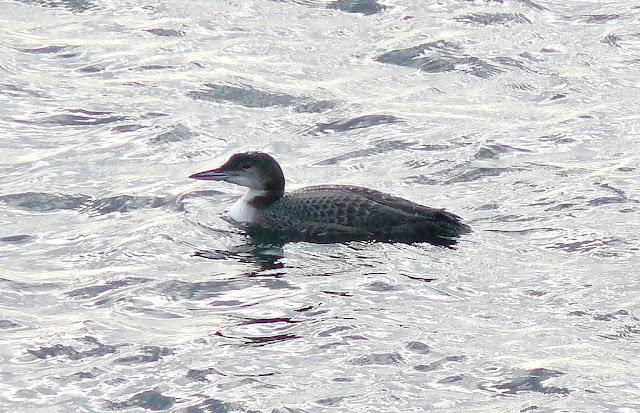 Back on the road we headed up the M25 then took the M40 towards Oxford and Birmingham; heading for kite country! As we approached Beaconsfield Lori spotted the first kite, flying over the treeline from the motorway. We stopped at the rest stop for some breakfast and on returning to the car we got our first good look at a Red Kite! Four individuals were gracefully flying above us right in the car park! Next we continued up the motorway (northwest), heading for the town of Watlington. Along this stretch of road we counted 45 individual Red Kite. At junction 6 we took the B4009 into the town. Its amazing that just minutes away from the major motorway, we were in rural England. 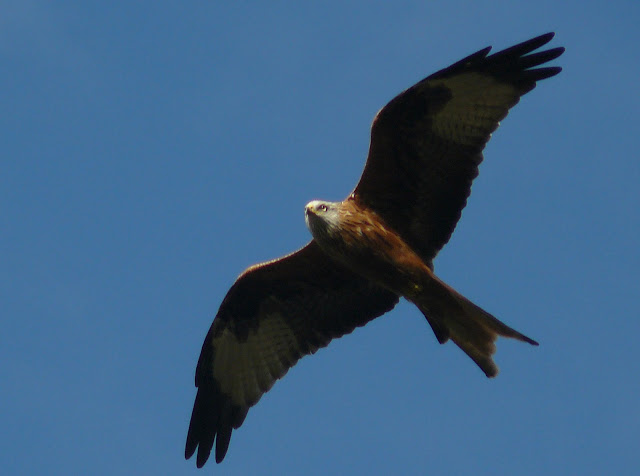 Both Lori and I were absolutely blown away with the amount of kites we were seeing here! Within minutes we had seen over 50 kites, bringing our total for the day to over 100! We found a good to place to stop in the village and just watched in awe as these graceful but huge birds skimmed over the rooftops. It doesn't seem that long ago that these birds were restricted in their range to a few areas in Wales. Since then there have been release programmes in England and Scotland, which has proved to be very successful. Close to Watlington is another small village called Pyrton where we also found kites skimming over the fields and village church. 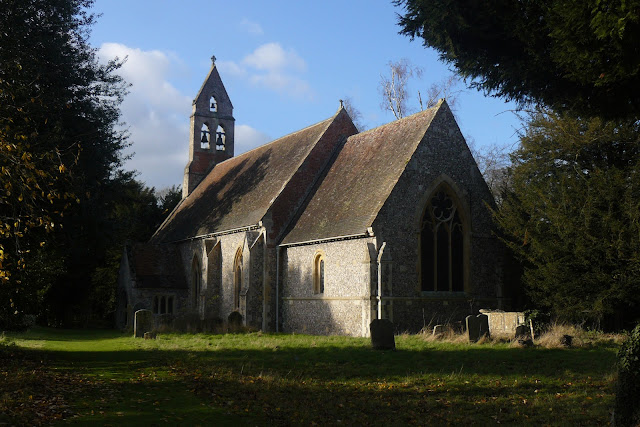 It was a fantastic day with beautiful countryside and wonderful birds: Click below to see some of the video we took during our visit.