Poking around on a lazy Sunday

March 27, 2011
Today I headed up to Little Mountain to start my morning. It was pretty windy so not much happening up there with only Chestnut-backed Chickadee, Red-breasted Nuthatch and Common Raven making an appearance. Next I headed to the beach access across from the Englishman River Estuary where there was a huge amount on gulls picking at the herring roe, these included Thayer's Gull, California Gull, Mew Gull, Glaucous-winged Gull and one American Herring Gull. I made another stop at the Englishman on the Shelly Road side where the birding was pretty good with a nice variety to keep me on my toes including; Anna's Hummingbird, Hutton's Vireo, Red-breasted Sapsucker, Cooper's Hawk and Barred Owl.

My final stop was at Parksville Park where the Brant numbers were still high. There was also a good assortment of gulls and sea ducks to sort through and a massive Greater Scaup raft. Eagle disturbance was about one every 20 minutes or so. These were mainly juvenile birds but I did have a gorgeous adult come through, scattering birds in all directions. En-route back to my van I took advantage of a very cooperative American Robin and got some nice photos. 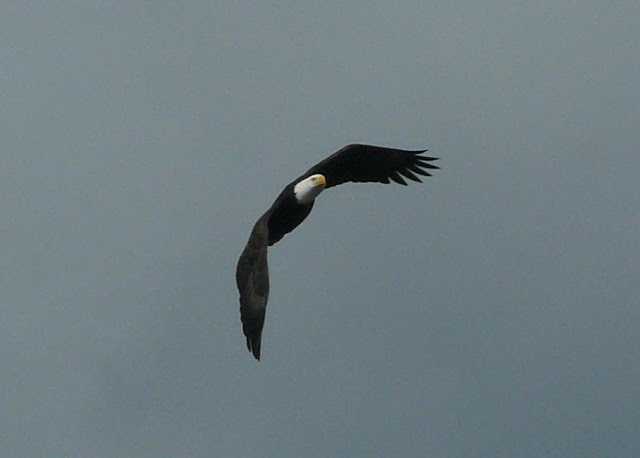