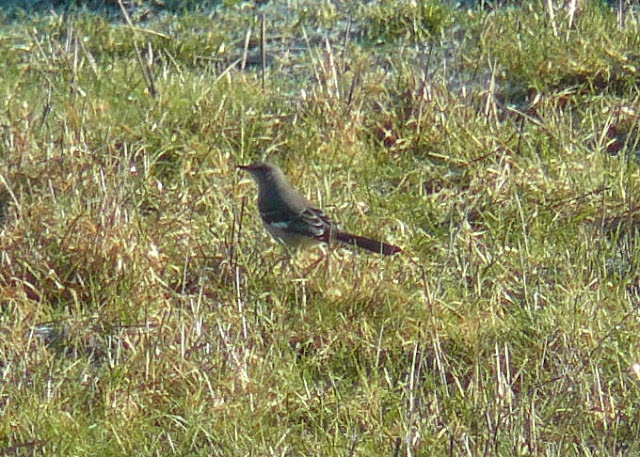 Yesterday our friends Jon and Jenny Carter came over to Parksville for a visit and while poking around on Little Mountain for Northern Pygmy-Owl, Jon mentioned that he had heard about a Northern Mockingbird. Initially I thought he meant the one that had been seen on the mainland. However, the bird he was referring to was a bird in Nanaimo! This was news to me as I had not seen it posted on the BCVI Bird forum or heard any rumor. It turns out that this bird had been staked out for a month and was posted at a different site. 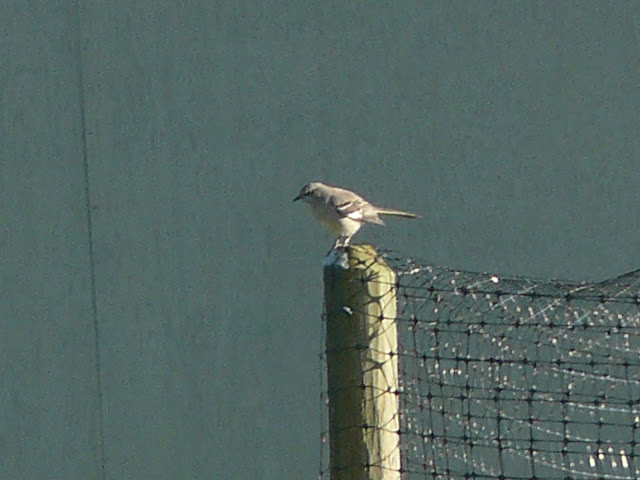 Anyhow, this morning I met Jon at the Nanaimo River Estuary for some birding before going to check on this rare bird. The estuary was fairly quiet with no sightings of either Northern Harrier or Short-eared Owl. We did get 11 Western Meadowlark which is always a treat. On arrival at the mockingbird site, which is at the junction of Dumont Road and Eylash Road next to Brannen Lake, there was no sign of the bird. We walked this country road looking across into farm fields until two other birders arrived. Within minutes we located the bird which was hunting from some posts. We watched the bird for over an hour, while it made its way around and behind farm buildings, occasionally staying tucked up in some trees and preening. I am not sure how many records there are for BC, but this was a first for me for both Vancouver Island and British Columbia. I didn't manage to get very good photos but acceptable record shots non the less. 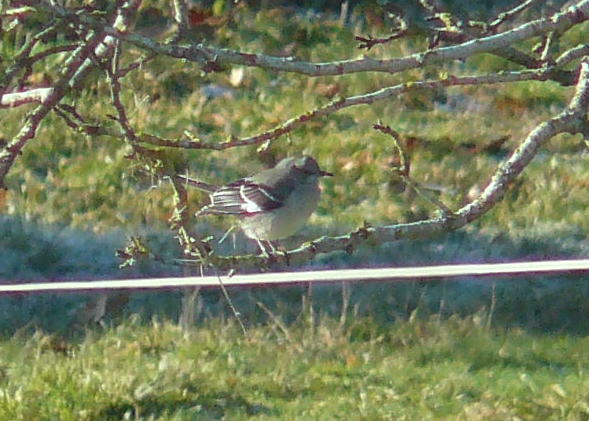