November 27, 2010
The weather was perfect for a mooch around the Nanaimo River Estuary today; crisp, no breeze and blue skies. On arrival at the parking lot I was greeted by a Belted Kingfisher, perched along the river. It was only a matter of minutes after leaving the van before I spotted the first of four Short-eared Owls. Admittedly this first encounter was a little nerve wracking as the owl was perched about 30ft in front of a duck hunter! Unfortunately this site has a bad reputation for some callus characters shooting raptors and owls. Fortunately, all the hunters today were focused on legal game and seemed as enthralled as I was with these gentle, buoyant specialties. 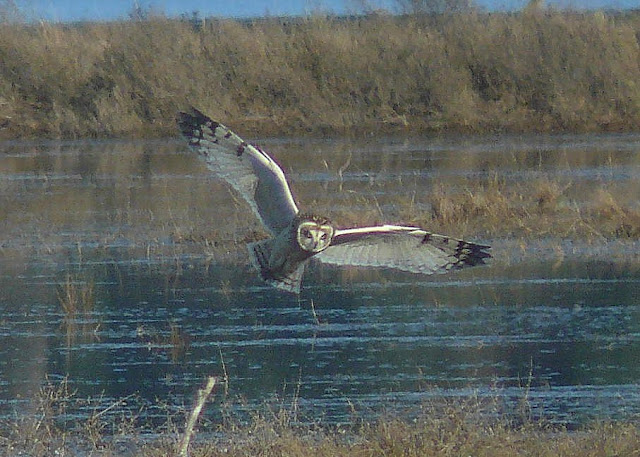 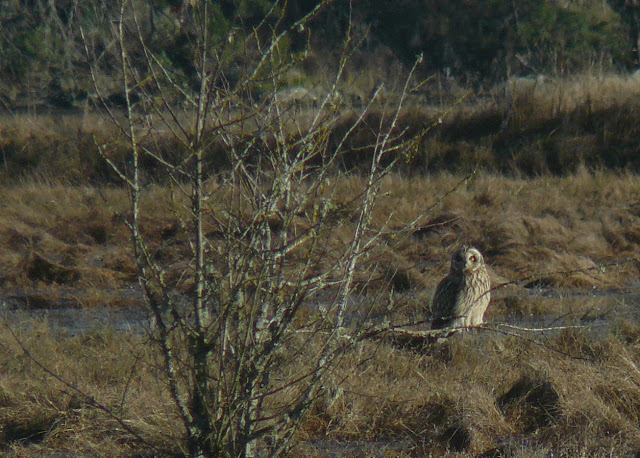 At one point there were four owls quartering the estuary at the same time. That was spectacular! There was also much bickering between them. While I was standing and observing, two owls battled over the top of my head, both vocalizing, until one finally got the message. Short-eared Owls were not the only ones enjoying a snow free estuary; two Northern Harriers were also busy searching for a rodent snack. En-route back to the viewing tower I spotted a Northern Shrike; a regular but welcomed winter estuary bird. The bushes were thick with sparrows, including Golden-crowned, Song and Fox. Another bird that is expected, but always appreciated, is the Western Meadowlark. In fact, today, there were ten Western Meadowlarks! I am always happy to see these stunning chunky birds, especially when one allowed me to get my first photo.