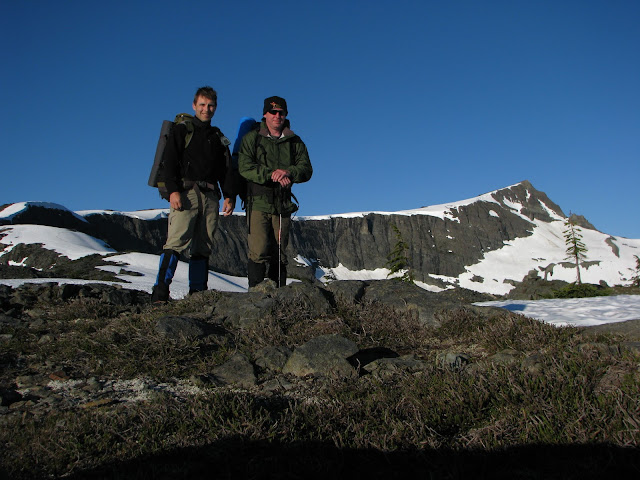 
After locating our packs we made good headway in two hours, out of the core area. Sometime after 9:00 p.m. we decided to stop and set up camp, which was just as well, as I couldn’t have gone another step. We both had packed light, having a sleeping bag, bivi bag and roll mat each. After a disgusting boil in the bag curry meal and two cups of hot chocolate we both crashed out.
The following morning we had apple and cinnamon instant oatmeal for breakfast, packed up, made a clean sweep of the area and headed out. It took about 6 ½ hours to make it to the truck. En-route, my ankles, particularly my left, gave me severe grief. We stopped at one point and Justin strapped it with surgical tape and padding, alleviating much of the pain. At Helen Mackenzie Lake we stopped once more, as we had reached the beginning of the boardwalk trail. Here, I exchanged my boots that had held me prisoner for the last 24 hours for a pair of flip-flops. Heaven! We arrived back at the truck at 1:30 p.m. We grabbed some food and drinks in Courtenay and headed home.