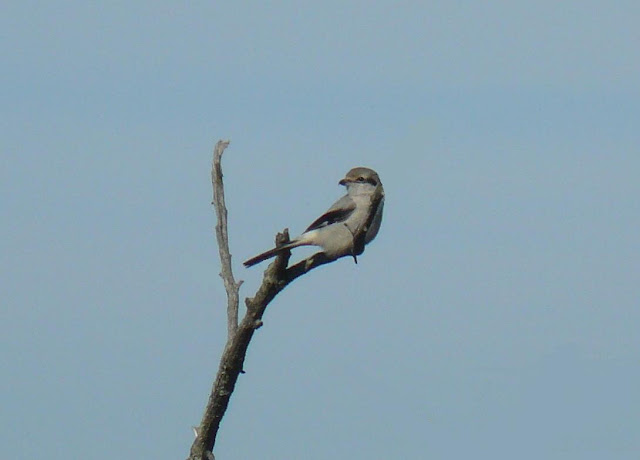 Though I was a little restricted for time in terms of birding this weekend, being on call for my company, I did take the opportunity to get out. With clear blue skies I headed down to the Englishman River Estuary to see what was around. There was a good selection of birds to sort through both on the estuary and on the ocean. On the Plummer Road side I was greeted by an adult male Anna's Hummingbird, singing and displaying. There was a mixture of Pine Siskin and Purple Finch feeding in the alders and two Ruby-crowned Kinglets scolding me from the thickets.
At the beach access the seas were calm, giving me a good view of the ocean. Surf Scoters were the only birds moving around, moving in groups of 20-30 birds, heading toward Rathtrevor beach. Common Goldeneye, Common Loon and Horned Grebe were bobbing around in front of me preening along with two Black Brant. Way off sure was a long raft of approximately 380 Pacific Loon.
On the Shelly Road side of estuary I bumped into Christopher Stevens who had found 4 Western Meadowlark closer to Parksville Park. I was unable to relocate them but did find a Northern Shrike, hunting the open grassland.