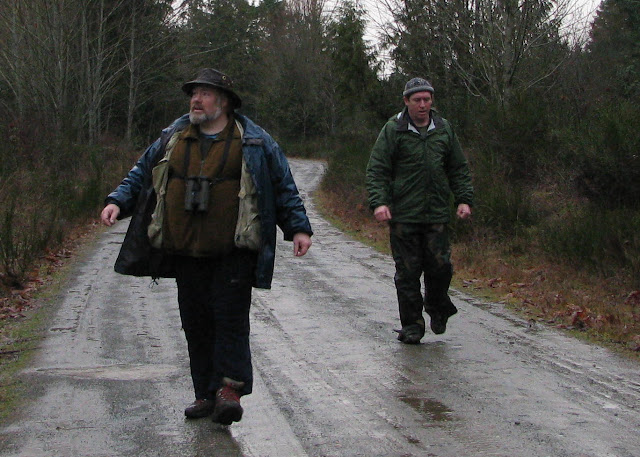 I awoke this morning at 5:30 a.m., glad that I got some sleep after the New Years Eve celebrations and exceptionally happy to be going birding especially without a hangover! Today, I joined Guy and Donna Monty on the Duncan CBC. We departed Parksville at 6:30 a.m. and stopped in Ladysmith for breakfast before starting our count.
The weather, from start to finish, was absolutely miserable. The rain fell all day with only a few small breaks in between. Our first stop set a trend for the day: jump out of the car, record birds, shake off as much water as possible before getting back into the car and do it again and again..
Well, if you do that enough times, you are rewarded with the best currency;  good birds, and a good bird on a CBC can be pretty much anything that you haven’t got! So, the highlights were as follows: Northern Shrike, Ring-billed Gull, Eurasian Wigeon and a beautiful Golden Eagle spotted by Guy. This bird, a juvenile, was soaring with a juvenile Bald Eagle and it was interesting comparing the two. The Golden Eagles' smaller head was really apparent, as was the white base of tail. With time slipping away, we went back to counting birds. In the fields opposite the eagle there were 657 Trumpeter Swans! As we scanned through these swans we found four with neck-collars, two of which had satellite transmitters attached. I believe these birds were found to have been banded in Galena, Alaska.
Our total species list was 56, which isn’t bad considering we had 67 species two years ago in cool calm crisp conditions. 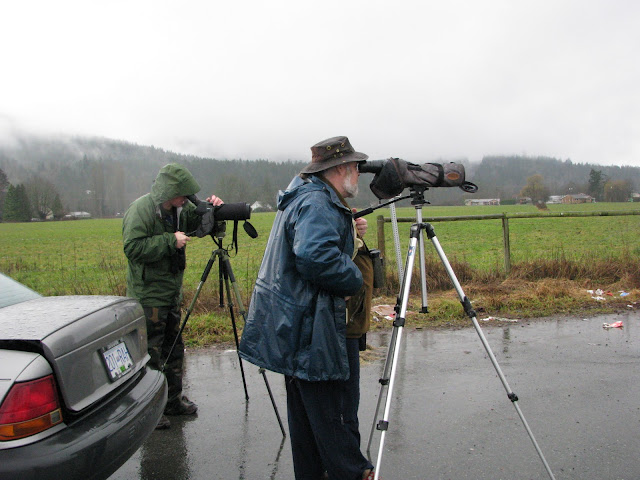