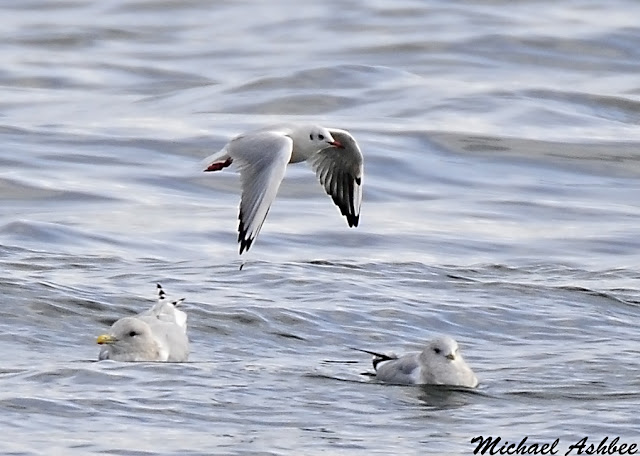 When it comes to birding, especially chasing a rarity, nothing is guaranteed! But today we were in luck. On the 7th November 2007, a Black-headed Gull was reported at the Big Qualicum River by a couple of volunteers who carry out coastal waterbird surveys. So, the following morning Guy & Donna Monty, Mike Ashbee and I went to see if we could relocate the bird. We arrived on site at 08:00 a.m. and began to scan the gulls that were coming in off shore to bathe and preen in the mouth of the river. After an hour of searching we headed up-island to check a few good areas for gulls, but the tide was against us and we headed back to the river to wait it out.
Though we had no doubts that the report was reliable, we were beginning to think that we might be coming up blank on this chase, especially when we could see thousands of gulls way off shore. However, at 12:25 Guy raised his binoculars to check out a gull flying across us and shouted; “that’s our bird!” All of us were on the bird immediately. The bird landed and began to bathe and preen, but moved around enough to add some anxious moments! Within minutes all the birds were up and we lost our gull in the frenzy. Mike relocated the bird once more on a gravel bar, but that was short-lived as a dog ran in and chased everything off. We waited and searched for another hour but our bird was gone.
As far as I am aware, this is the first documented and confirmed sighting for BC in 20 years. It was a great and memorable twitch and a big thanks to Guy for spotting the bird and Mike Ashbee, who, like me, added this bird to his life list! Mike kept his head on straight and nailed a fantastic record shot! 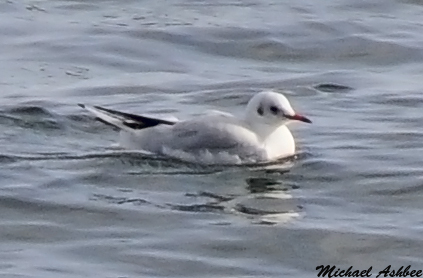