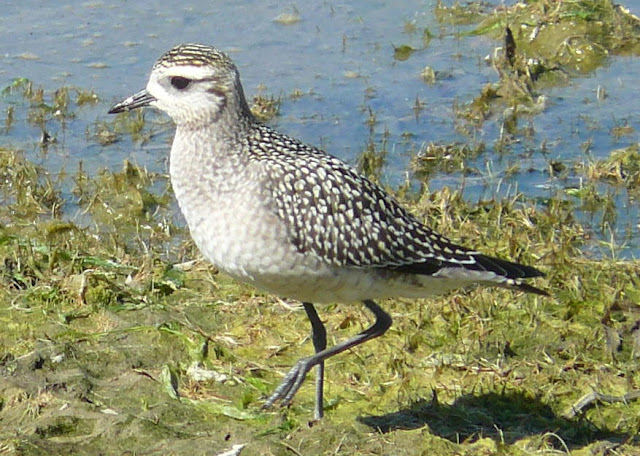 A trip to The Englishman River Estuary today produced another new Vancouver Island bird for me: American Golden-Plover. To be exact there were two, but it took some time to scrutinize one of them as it was, to me, looking more like a Pacific Golden-plover. After getting some other opinions from local birders it was confirmed as a American. The 2nd bird (bottom) did look much more golden but  the primary projection was too long for Pacific and there was, after much agonizing, four visible primaries past the tertials. No complaints from me, I stand corrected, it was great to observe and learn a little more about these birds. 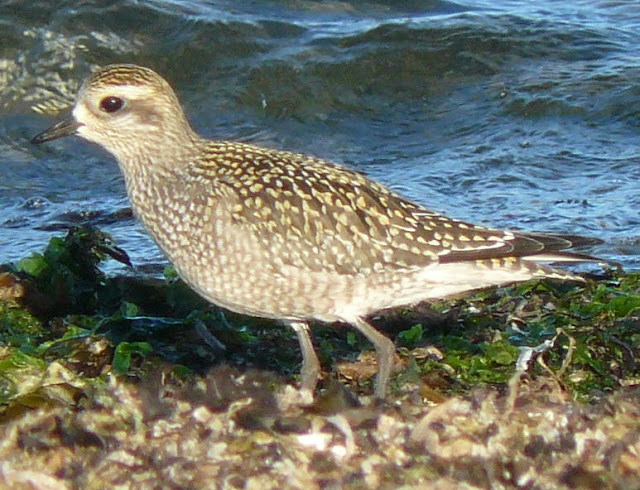