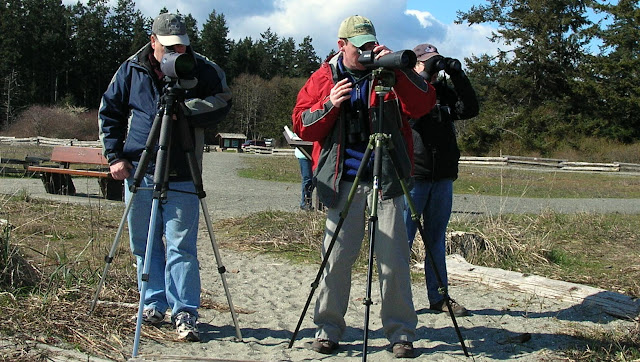 At 04:50am on the 1st April Lori and I waited for the arrival of our other team (The Bush Pishing Pirates) members, Ryan and Andrew Cathers of Nanaimo. Our big day challenge was to start at 05:00 and I was feeling anxious that the Great Horned Owl that was calling would stop before we could count it. And it did! Luckily, we waited only a few anxious minutes until it called again. With only about two hours until dawn we ziz-zagged our we through Parksville and Errington to pick-up another three species of Owl. We then headed to Legacy Marsh and spent the next eight hours birding, ending our day at 15:00 at Columbia Beach. We fell short of the winning team who managed to get 117 species but were all very happy with our efforts. We ended the day with 93 species and an award. For the biggest miss!! Yes, we dipped on Belted Kingfisher! Oh well. There's always next year! 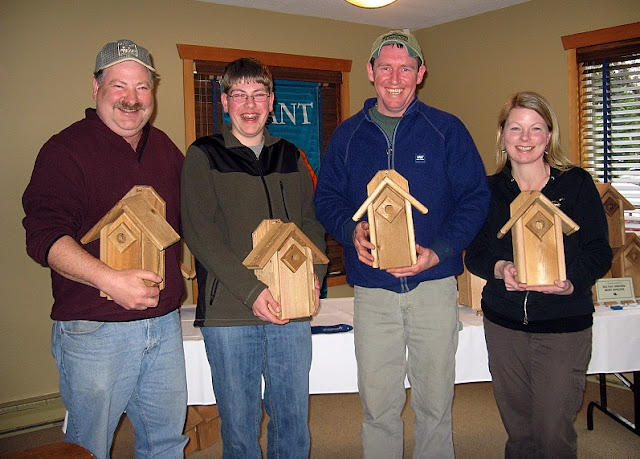